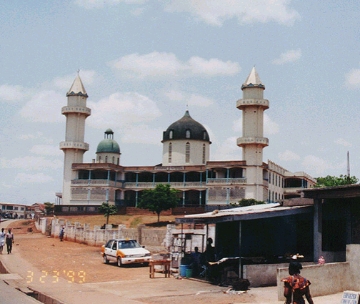 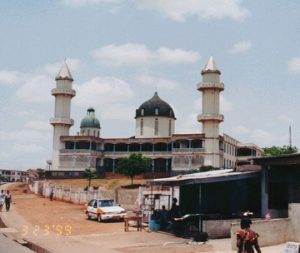 Dr Rabiatu Armah Konney, a member of the Counsel of State has urged Ghanaians to invest in peace at all times to ensure that the country stays on the path of development.

‘We must all work towards the attainment of peace, on which sustainable development hinges and is so desired by all. Development is not necessarily about the tangibles and the big things.

It is equally about the intangibles like peace, justice equity, brotherhood, tolerance and love among other values. The absence of these intangibles derails development and dehumanises people’.

Dr Konney gave the advice when he addressed the 58th Annual National Conference of the Ghana Muslim Mission (GMM) in Kumasi.

The conference was on the theme: ‘Peace in election 2016, a shared responsibility for national development.’

The conference was to conscientise members on the need to maintain peace before, during and after the upcoming elections and also to raise funds for the construction of the GMM University project at Esereso in Kumasi.

Dr Konney, who is also a Senior Lecturer at the University of Ghana, said the theme for the conference could not have been better, considering the fact that the election to choose a President and representatives in parliament was only a few weeks away.

She said Ghana as a nation at independence consciously decided to follow the constitutional democratic principles of governance and had since worked gradually towards harnessing all the needed resources and elements to achieve same.

‘We are aware that our democratisation process has had its challenges and ups and downs: but all these have grown and entrenched the system, institutions and the rule of law.

‘Our Democracy is a participatory one and all of us are therefore involved. We as human beings make the democracy and we normally say that: Democracy is for the people and by the people. It is also about the institutions we put in place and our ability to make then strong and workable.’

Dr Konney said democracy was a shared responsibility and so were elections, that formed part of the democratisation process.

He said it was important for all to actively participate and have a say in who led the country as a democratic right.

‘Ghanaians must make conscious efforts and put the necessary mechanisms in place to ensure the peace that we so need to propel development.

‘And we must always remember that Islam preaches peace and true Islamic peace should inure to social stability, mutual respect and non-aggression.’

Dr Konney congratulated the Muslim community for comporting itself so far, as well as the National Chief Imam, Sheikh Dr Osman Nuhu Sharbutu and all other Muslim groups and organisations who have educated their community since 2012 on the need for peaceful elections and for the youth to refrain from been used.

‘I would like to appeal to all Muslims to blatantly refuse and shy away from politicians who hitherto had used them to achieve their objectives and later dump them.

‘They should remember that these politicians have the resources to go outside the country in the event of crisis. They will be left to suffer the consequences.’

The Counsel of State Member said: ‘Muslims and everybody must understand that elections and choosing leaders is not about war. We may argue and debate issues.

‘But after the leader has been chosen we must all rally behind him or her and work hard for progress and development.’

Islam also means peaceful submission to the will of Allah, Peace with oneself, neighbours, mankind, with creations and with all.

He said peace exemplified the ideal state of non-existence of discord, conflict or aggression or more positively, the harmonious state of existence of life where the rights, responsibilities, dignity and honour of each individual and group was recognised, guaranteed and respected in the social context.

He appealed to all political parties to ensure peace, before, during and after the December Presidential and Parliamentary elections.

He said the Electoral Commission (EC) must also endeavour to play a neutral role without fear or favour in order to ensure free, fair and transparent elections.

Dr Mohammed Duah, Deputy National Vice Chairman of GMM said the mission which was nonpartisan, but multi-ethnic has set out to propagate Islam through proper education of the cardinal principles and to contribute positively to the national development agenda.

He said the construction of the GMM University was meant to augment government’s effort to make tertiary education accessible to more senior high school graduates and other professionals and appealed to government and stakeholders to collaborate with the GMM to ensure the success of the project for the benefit of the nation as a whole.

Dr Duah called on political leaders, the EC, Imams, traditional authorities, opinion leaders, the security services, the media and all Ghanaians to ensure ‘we maintain peace before, during and after the general election’.

The GMM was founded in 1957 as a religious organisation to foster peace and unity among Muslims and other religions in Ghana, to formulate and pursue policies and programmes to propagate the true teachings of Islam to Muslims and Non-Muslims, and mobilise resources for the establishment of both Islamic and secular educational institutions at all levels.