Ghanaians Outrage Over ‘Shoot To Kill’ Approach By Police 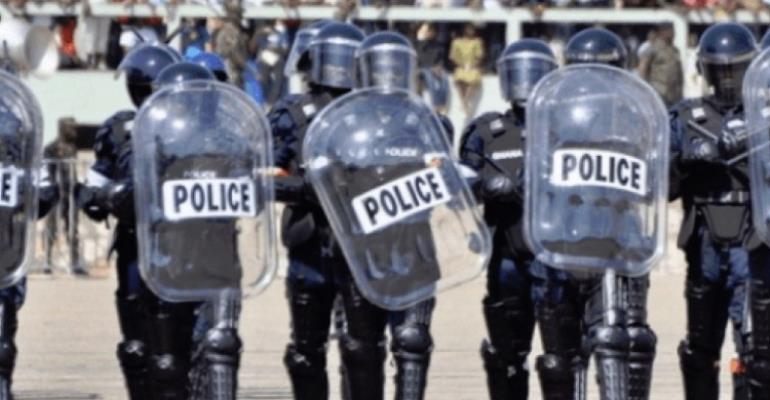 Section of Ghanaians are outraged over the rampant ‘shoot to kill’ approach by the Police on combating crimes, adding, nowhere in the world has police fire-for-fire with armed robbers solved the problem of violent crimes.

Some of the inhabitants who spoke with OTEC news’ reporters Eshun Peninnah and Asare Candy emphasized that the shoot to kill method should not be entertained as the constitution frowns on instance justice.

Some relatives of suspected armed robbers who were shot and killed by the police in Ashanti massed up in the Regional Police Command to demand justice.

Three of the deceased have been identified to be residents of Aboabo and Asawasi in the Asokore Mampong Municipality.

The families are therefore demanding an in-depth investigation into the matter, insisting, their relatives were not armed robbers as being claimed by the police.

The MCE has asked the agitated youth of the area to remain calm for the police to conclude its investigations.

“Once the police have commenced investigations into the matter, we should leave the work for them to do and come out with their findings before we do a surgical analysis of the outcome. Icall on all the youth in the municipality to remain calm until we hear from the police before we know what next to do”.

The Ashanti Regional Police Commander, DCOP Kwesi Mensah Duku, at a media briefing on Wednesday said, the officers were compelled to return fire after the suspected armed robbers opened fire at them.

He explained that, they picked some intelligence last week that some armed men have planned to attack and rob residents and mining sites at Manso Nkwanta.

“Upon receipt of the information, the police deployed some team to patrol Anwiankwanta and Manso Nkwanta. During the patrol on Tuesday, a Toyota Corolla with registration number, BA 294 – 15, and an unregistered motorbike driving towards the Manso Nkwanta direction were signaled to stop but the occupants refused and started firing at the police. The police also returned fire which led to the unfortunate death of the seven”.

While such incidents are becoming too frequent in our country’s policing efforts, some residents in Kumasi Metropolis observed that, it has become even more urgent for Government to heed earlier calls to set up an independent police complaint body to investigate such matters rather than leaving matters in the hands of the police to investigate itself.

Most of the residents who spoke to OTECNEWS, however appealed to the various security agencies to find pragmatic approach in fighting crimes in the country.

According to them, the shoot-to-kill policy is only a temporary measure to assume the police are in control, but that is not the solution to the problem, adding that innocent lives are sometimes lost as a result of this policy.

They conceded however that the “police are allowed to use reasonable force to take down a suspected armed robber if they hold a sincere belief that it is necessary and appropriate to use such amount of force in order to ensure the efficient, safe and economical enforcement of the law.”