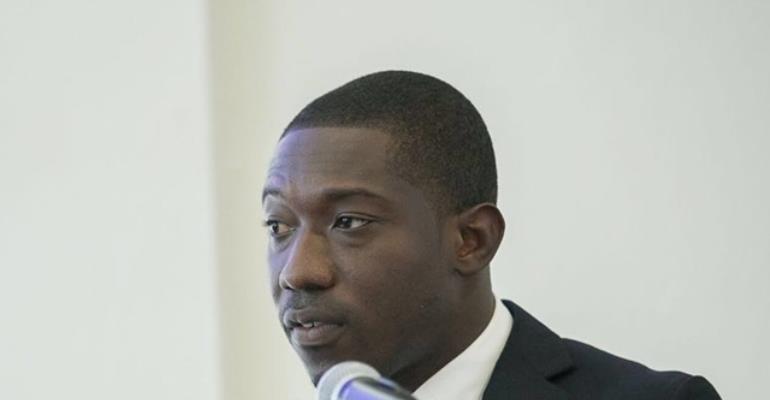 The government has explained that Ghana’s poor performance in the 2017 Global Corruption Perception Index took into account corruption cases recorded under the John Mahama administration, which left power in 2016.

The government’s Spokesperson on Governance and Legal Affairs, Herbert Krapa, explained that the report was not an indication that the current New Patriotic Party [NPP] government was corrupt.

In an interview with Citi News, Mr. Krapa referenced the Ghana Integrity Initiative’s (GII) technical report, which shows that corruption perception for a given year takes into account two years.

This would mean that the 2017 corruption index also covered 2016, where there was a lack of will to tackle corruption from the Mahama government, according to Mr. Krapa.

“When you look at the technical report which GII added, such that it is a period of two years in which the perception is compiled, when you look at 2016, in that year, you know all the corruption allegations that came to the fore: the bus branding saga, Ghana Standards Authority, NCA [National Communications Authority], Electoral Commission allegations and a host of them that the [Mahama] government did not show any commitment to fighting revelations and scandals that had been made public.”

Mr. Krapa further assured that the Akufo-Addo administration was committed to fighting corruption with all the seriousness.

“Now the perception would be that the current administration has done very little to fight the corruption that the John Mahama administration is said to have supervised. I can assure that whatever report, whatever these exposes… would have exposed and made clear that corruption was particularly present, all of them would be prosecuted and the law courts would determine whether there was actual corruption or not.”

Ghana’s past performance
The report, put together by Transparency International, ranks countries annually by their perceived levels of corruption, as determined by expert assessments and opinion surveys.

In the 2016 Corruption Perception Index ranking, Ghana dropped four percentage points, scoring 43 out of a clean score of 100.

Thus, Ghana slid back by one percentage point from the 48 points scored in 2014.