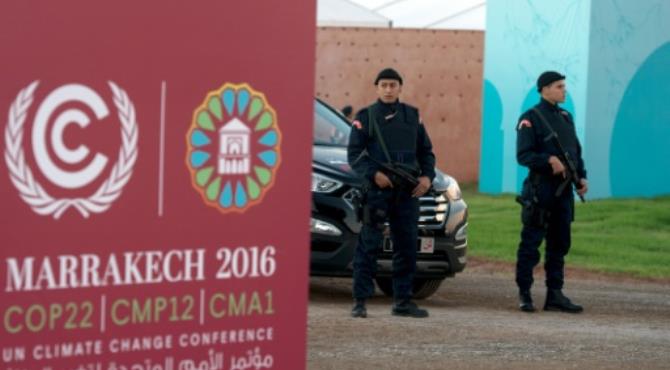 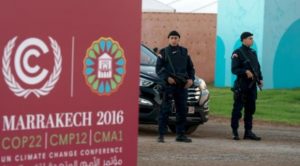 Marrakech (Morocco) (AFP) – Hundreds demonstrated in the Moroccan capital Wednesday against the Israeli flag being flown beside the colours of 195 other countries at UN climate talks in the central city of Marrakesh.

More than 200 people protested outside parliament in Rabat against the Jewish state’s flag being hoisted at the COP22 conference that opened Monday.

Several pro-Palestinian associations took part in the protest after calling on authorities to take action about the flag earlier this week.

On Tuesday, Morocco’s Foreign Minister Salaheddine Mezouar responded that “UN meetings around the world welcome all nations” and that the fight against climate change “requires all governments to commit”.

Morocco supported Palestine gaining observer status at the United Nations in 2012, Mezouar said, and is “the first to defend the Palestinian cause”.

He denounced what he called “political exploitation” of the climate talks running to November 18.

In 2013, a film about Morocco’s dwindling Jewish community caused a stir, with around 200 people — mostly Islamists — demonstrating against it being shown at the Tangiers film festival, denouncing what they called an attempt to “normalise relations with Israel”