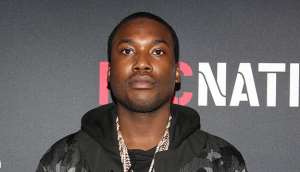 On Monday (Nov. 6), Meek Mill was sentenced to two to four years in prison after violating his probation. The violations came in the form of an assault case he caught last winter and a reckless driving case he faced in New York City back in August.

Although the Philadelphia rapper had the assault case dropped and was able to take a deal for the reckless driving charges, the judge saw fit to put him in a cell for violating the terms of a probation sentence he got for a 2009 weapons and drugs charge.

Predictably, folks from all over the rap game have used social media to show their support for the MMG artist. One of them was JAY-Z, who signed Meek to his Roc Nation management group a while back. According to Hov, who chronicled systemic injustice in his Kalief Browder documentary last winter, Meek’s sentence is just another tragic symptom of a deeply flawed justice system.

“The sentence handed down by the Judge — against the recommendation of the Assistant District Attorney and Probation Officer — is unjust and heavy handed,” Hov wrote in a Facebook post. “We will always stand by and support Meek Mill, both as he attempts to right this wrongful sentence and then in returning to his musical career.”

Speaking on a more direct, personal level, T.I., who worked with Meek extensively at the outset of his mainstream career, served up his own bit of support with a throwback picture on Instagram. “Was wit u then & WE STILL WIT U NOW!!! This too shall pass,” wrote Tip.

“You got this!!! God places the heaviest loads on the strongest backs. We got real love for u out here KING.”

In the minds of many, Meek’s sentence is a reflection of a justice system designed to suppress African Americans born into less socioeconomically advantageous communities—namely, the inner city. That’s the sort of thought Meek himself discusses on his Wins & Losses cut, “Young Black America.” Speaking on his then-impending jail sentence, Meek addressed that idea once again in an Instagram post.

“We go to war for our freedom … they say we equal …. i used to wanna play i like Randall and be a Eagle …. i used to play the quarterback my homie would go receiver … that was until the football got flattened by a dope needle … on the pavement,” he wrote yesterday in the caption for a pic of himself sitting stoically by himself.