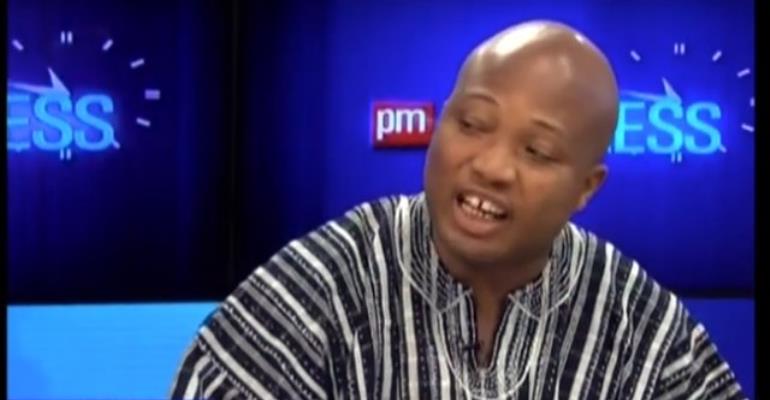 Member of parliament for North Tongu constituency, Samuel Okudzeto Ablakwa has advised President Addo Dankwa Akufo-Addo to reduce the size of staff at the Office of Government Machinery (OGM) to lend credence to his promise to run an efficient government.

The Opposition MP believes appointing huge numbers to the OGM, which include presidential staffers, does not guarantee proper discharge of government duties.

“You can achieve more with less. That is efficiency, and President Akufo-Addo promised us an efficient government. But the current framework where there is enormous role duplication and role conflict and all kinds of things…’jobs for the boys’ scenarios all over the place is not sustainable,” Mr Ablakwa said on PM Express, Monday evening.

The comments by the North Tongu MP on MultiTV’s current affairs programme is part of the Minority’s criticism of alleged plans by the government to increase the number of presidential staffers from the current 998 to 1,1614 next year.

The government has countered the claim by the Minority, explaining that staff numbers at the Office of the President and even the Office of Government Machinery will be cut down in 2019.

According to him, the claim by the minority of an increase was because they were comparing the Office of the President, which was composed of 998 in 2018, with the entire Office of Government Machinery ceiling for 2019, which has been projected to reach 1,614 personnel.

The Minority at a press conference on Monday refuted that explanation, accusing the government of peddling an untruth.

Reiterating government’s position on PM Express on Monday, Spokesperson for the Information Ministry, Eric Amoako Twum, said the Minority’s projection about a possible increase in staff numbers should be ignored. 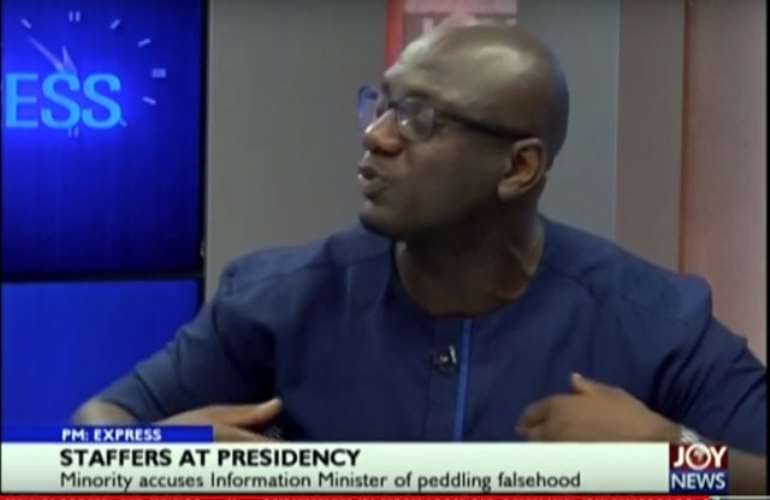 “If there are other evidences that are not available to us right now, by all means let’s do so. But to throw it out there and say ‘this is what I think by looking at two figures’ is not the case,” he said.

The debate about the staffing of the OGM has been fueled by similar criticism by the governing New Patriotic Party (NPP) when it was in opposition.

The NPP at the time criticised the National Democratic Congress (NDC) government under former President John Mahama for presenting of a list of 678 staff to Parliament in 2013, describing the numbers as “wasteful” and “unnecessary”.

However, on Friday, April 20, 2018, the ruling NPP government submitted a total number of 998 workers to Parliament.

There are 706 Employees of Public Sector Organisations, 27 Presidential Staffers, 256 Junior Appointees and 9 Ministers of State.

The Minority also sees the current development as wasteful and unnecessary.

In his closing remarks on the show, Mr Ablakwa noted that the current government has already appointed a large number of Ministers and should not burden the country’s coffers with additional large staff at the OGM.

“So all of these humongous numbers, 111 ministers, now we are talking about thousands of Office of Government Machinery workers where are we headed? What is the result? What is the impact? So I say that let us not talk about capping,” he asked.