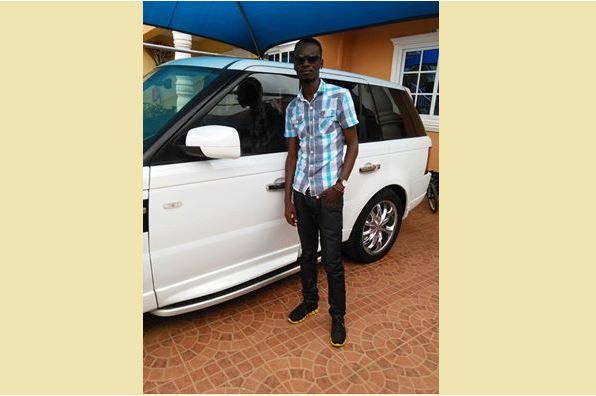 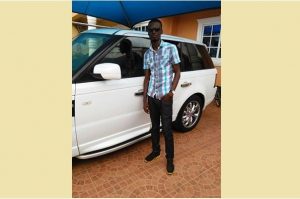 The actor who was heavily slammed several weeks ago for marrying his wife because of his selfish and financial gains has just confirmed the allegations that he got married for his financial and material freedoms.

Having achieved his aim, Mmebusem took to Facebook to share with his fans and critics his dream car, white color Range Rover with caption ” De3 Onyame Tumi Y3 Nie” which translates as – This is what the power of God can do.

Now, the most question asked by critics is,

“Why didn’t Mmebusem take the photo together with his wife, Abena Boatemaa?”