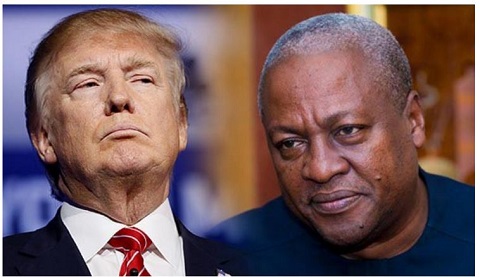 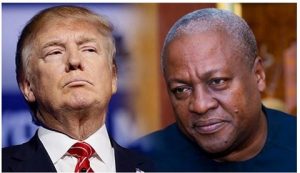 Mr Mahama in a tweet urged African leaders gathered at the ongoing AU summit in Addis Ababa, Ethiopia to address the development which has left many people stranded across the world.

The immediate-past Chairman of ECOWAS tweeted: “The @POTUS travel ban is regrettable. The ongoing AU summit must address this development”.

There is confusion across the USA over the implementation of the ban, which blocked some valid visa holders from entering and detained many people who had legal status and green cards.

The ban prevents citizens from seven Muslim countries; Yemen, Iran, Iraq, Libya, Somali, Sudan and Syria from entering the United States for 90 days. It also places a moratorium on refugees entering the country for a 120-days.

Protests sprang up at major international airports, and on Saturday night a federal judge issued a temporary stay blocking the deportation of valid visa holders.

Trump has argued that his new policy is “similar to what President Obama did in 2011 when he banned visas for refugees from Iraq for six months.”

However, as the Washington Post points out, that was in response to a specific threat after Iraqi refugees had been found to be colluding against U.S. troops. And the refugee process was slowed, not halted.