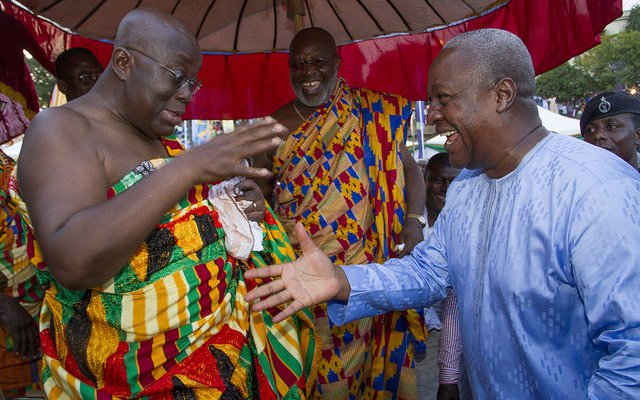 Mahama is my friend – Akufo-Addo 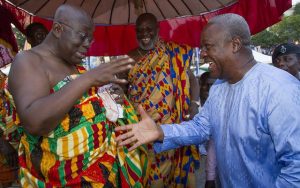 Nana Addo Dankwa Akufo-Addo, presidential candidate of the New Patriotic Party (NPP), has said his main contender in next week’s presidential and parliamentary elections, John Dramani Mahama, has been his friend for many years, however, he believes the president’s campaign message does not reflect the realities on the ground.

According to him, the two of them have been very good friends since their days in parliament but they only disagree along political lines.

His comment comes at a time many Ghanaians feel the two gentlemen do not see eye to eye as they compete to outwit each other in the presidential election scheduled for December 7.

Speaking in an interview with Kwame Sefa Kayi, host of Peace FM’s morning show, Kokorokoo, on Friday December 2, the three-time presidential candidate for the NPP said: “Mahama is my friend. We were all in parliament together for the same period. We only have political differences.”

He criticised President Mahama and the National Democratic Congress (NDC) over what he described as “propaganda” being peddled with regards to the government’s achievements in the road sector.

According to him, the realities on the ground do not support what government communicators and the president say in connection with those achievements.

“Our roads are bad,” he said, adding: “The president is campaigning with helicopter, but I campaign by road and, so, I know the conditions of roads in the country.”