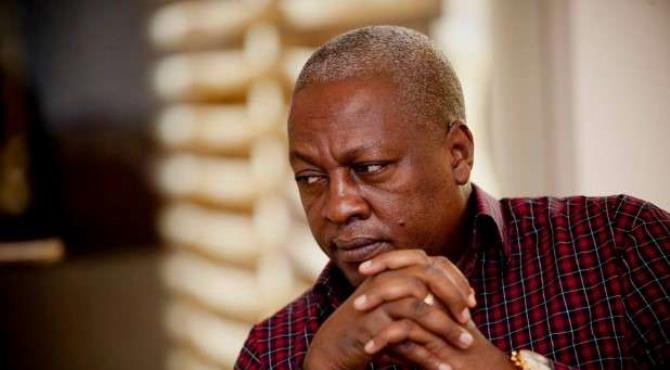 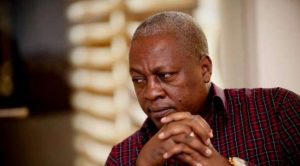 To avert this deadly implosion which would have consigned many of the Akyem mafias to the backstage of happenings in NPP, an elaborate plot was hatched by Nana Akufo Addo and his men to extend their dominance.

Thankfully, they found genuine cover in the 2012 election petition. Propagandists of the Akyem mafias managed to whip party supporters in line to believe that Nana Akufo Addo won the 2012 election but was painfully denied of victory. Clever as these Akyem folks are, they recruited non-Akyems to lead this crusade.

This singular effort “nationalized” their spurious claim that Nana Akufo Addo was robbed of victory in the 2012 election. Architects of this devious plot used the election petition to extend Nana Akufo Addo’s control of the party for almost one year.

When the apex court of the land finally showed the NPP the red card by which time the party was preparing for congress to elect new executives, the Akyem guys adroitly fixed their “men” to snatch critical positions. To a very large extent, they succeeded.

In instances where their supposed internal rival won, they managed to woo them to their side and the stubborn ones were hurriedly chased out. They got almost all kingpins of the NPP to start singing the comeback of Nana Akufo Addo for the 2016 election.

Elected National officers sidestepped their own party constitution and openly endorsed Nana Akufo Addo for 2016 at a time the party had not even finished electing “new” national executives. Stage managed and choreographed “plays” were staged by leading members of the party as a way of calling on Nana Akufo Addo to lead the party into the 2016 election.

This sharply divided the party. But the Akyem guys were smart to have started the gain earlier so they had majority of party supporters on their side. Those who kicked against Nana Akufo Addo’s 2016 bid, mainly men from the Ashanti stock, were in the minority. The Akyem guys used their numbers to bully their opponents and at the end Nana Akufo Addo gave the other flag bearer aspirants severe political beatings.

So it came to pass that Nana Akufo and his coterie of political hangers-on succeeded to retain their control of the NPP. Today, these guys have again succeeded in installing Nana Akufo Addo President of the Republic of Ghana. You may call these elite Akyem guys all the undesirable names, but their smartness and intelligence are worth emulating.

They deployed their talents judiciously despite all the uncertainties surrounding a possible Nana Akufo Addo presidency until the deal was done on December 7. What these guys have done looks very attractive for President Mahama to replicate in NDC, but does he have the men with such great intellects to carry him through?

We have seen “Rawlings’ men”, “Kufuor’s men”, “Mills’ men” and now “Akufo Addo’s Akyem mafias”. What is shockingly missing is “Mahama’s men”. When you call for the list of men who stood behind the likes of Rawlings, Kufuor and Mills, and aided them to stardom, you will be served with names of men of honor; persons whose names may even force a dead soul to resurrect. Nana Akufo Addo is likely to produce such calibre of persons too.

Can same be said of President Mahama? Who are his men? This is not an admission that the NDC has run out of talents. Indeed, the NDC is the only party in Ghana with capable men and women with several years of experience in all spheres of governance. But President Mahama in his own wisdom decided to run his own show with his “babies” instead of “men”, and here we are bitterly licking our wounds.

With this glaring shortfall of President Mahama, the “young men” who led him to the slaughter house are all over the place seeking to replicate what the Akyem guys did for Nana Akufo Addo. They are forcefully pushing for President Mahama’s comeback in 2020. They want to get many of the party supporters to buy into their weird assumption that without President Mahama, NDC will remain in opposition in perpetuity.

Of course, President Mahama is one of our surest bets for 2020, but unfortunately for him, his “babies” cannot exert the influence and intellect the Akyem guys demonstrated to maintain their dominance in NPP.

Those fanning Mahama 2020, Amissah Arthur 2020, Spio Gabrah 2020 or whatever 2020 must hold their horses. The NDC is not in the best of shapes to withstand this atrocious noise. A lot of things have gone wrong in the party that needs to be addressed before we think of who leads the party.

Reorganization should be the preoccupation of every true NDC person. How to get competent people to run the party should be our guiding principle. We should be thinking of how to renew our marriage with Volta region, how to warm our way back into the hearts of people of the Western, Central, Brong Ahafo and Greater Accra. They are the king makers.

The party’s dominance in the three Northern regions is under threat. Let’s think of how to renew our ties with them. While on this, Ashanti and Eastern regions must be high on the agenda. We need to find ways of making serious inroads in these two regions.

These are the things that must agitate our minds not who leads the party. Of course, we need someone to start the reorganization process. That person must own up as soon as possible. If we put in place strong party structures man by men of honor, the system will determine who leads us into the 2020 election.