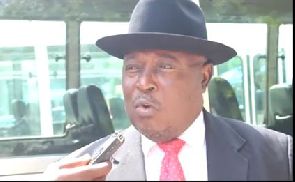 Anti-graft campaigner Martin Amidu has explained why he is so elated to vote on December 7, the first time in eight years after he was ‘disenfranchised’ in 2012.

The former Attorney General under NDC administration recalled his ordeal in the hands of the Bureau of National Investigations on December 6, 2012, which got him traumatized to the extent that he was not able to vote.

“I am looking forward to the fact that tomorrow I can vote. Last four years because of the trauma I couldn’t vote, it was so traumatic I couldn’t vote,” he recounted in an interview.

Though Mr. Martin Amidu has been campaigning to get the Mahama-led administration changed, he would not say which presidential candidate will get his vote.