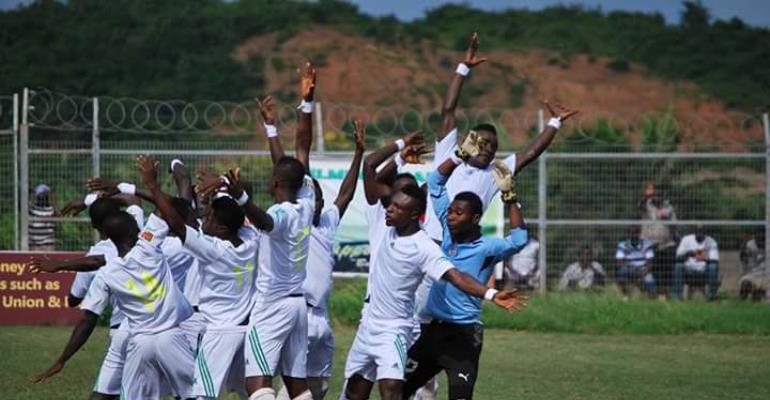 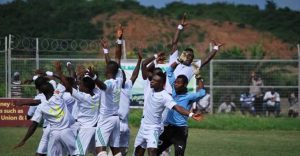 Elmina Sharks neatly dispatched Ebusua Dwarfs 1-0 in the week 15 of the Ghana Premier League at the Papa Kwesi Ndoum Stadium.

Sharks controlled the first half and nearly took the lead when Benjamin Tweneboah’s miscued effort grazed the crossbar.

Dwarfs came into the game strongly in the second half but just like first half could not threaten the home side defense as they were restricted to long range shots.

Francis McCarthy made impressive saves to quell off the Dwarfs incessant attacks late.

Coach Amissah’s side held on to their slim advantage to beat their regional rivals.