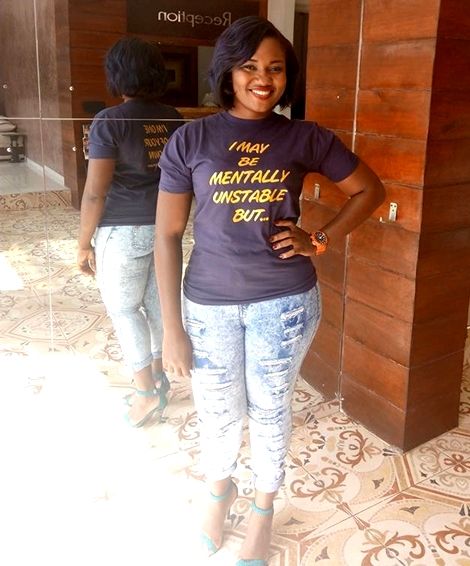 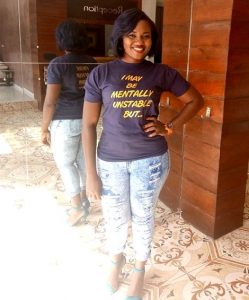 Abena Korkor, popular known among her peers as “Lency On Fire” has admitted in an exclusive interview on Peace FM’s “Entertainment Review” that she released the videos herself and she explained how and why she did it but ultimately she has apologized for her actions.

“Yes! I released the video myself”, she stated emphatically and explained “After I released the videos a lot of things happened and I ended up in the hospital and after thorough examinations I was told that I have mental instability and they diagnosed it as Bipolar Disorder and what I was going through that resulted in what I did was just a manic face of the disorder. So I posted the video myself but I didn’t do it with my clear mind and I didn’t even know what I was doing”.

Asked what her motive for posting the videos was, Nana Abena said “As for the motive, up till now anytime I think about it I can’t seem to figure out the motive behind what I did. Because at that time I was competing for SRC President so why would I do that? If I want to get fame or become popular, there are so many ways I could have done that. So why that way? I just can’t I understand”.

“I will take this platform to apologize to people who had trust in me and shared their private information with me that I put it out, I apologize for that and for everybody who was affected or dragged into this in one way or the other. It was not my intention to do that”.

Nana Abena has however, decided to the turn her bad experience into a positive project aimed at educating people on mental health. She recalls the conditions at the ward of the Accra Psychiatric Hospital where she was undergoing treatment were so deplorable that she had to run away from the institution and has taken up the challenge to support institutions and improve the conditions there.

Nana Abena said she has established an organization, called PsychoSocial Africa, aimed at setting up support groups with the view to highlight the importance of mental health and distress to create awareness and offer mental distress education to empower individuals struggling with such issues.

She has started with the sale of T-Shirts with educative messages about mental health to raise funds for this worthy project and this would be followed with other subsequent activities to create awareness of mental health and how it can be managed.