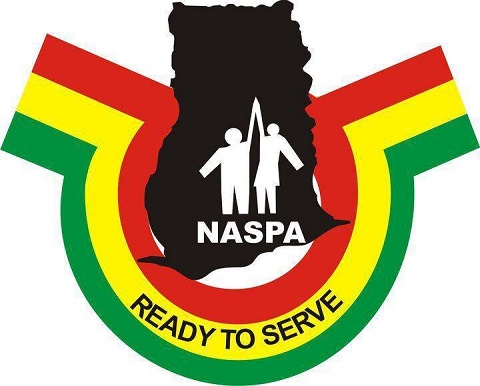 The leadership of the National Service Personnel Association (NASPA) is currently divided over allowance for personnel, after January’s allowances failed to reflect the increases announced in December.

In the last quarter of 2016, the erstwhile National Democratic Congress (NDC) government adjusted monthly allowances of personnel from GHS 350.00 to GHS 559.04.

However, the January allowance received by members was GHS350.00. This has not gone down well with some members who decided subsequently to organise a demonstration in protest against the current New Patriotic Party (NPP) government’s failure to abide by the 60 per cent increment.

A press release was issued to the effect that the protest would be held on February 8, 2017, starting from the Accra Mall, through the Ministry of Foreign Affairs, 37 Military Hospital, then to the Flagstaff House and a petition submitted to Senior Minister Yaw Osafo Marfo.

However, the Secretary of the Central regional branch of NASPA, Abraham Ayesu, has labelled the protest as a needless “propaganda demonstration”.

“Why demonstrate against an innocent government whose first quarter budget was handed to [it] by [its] opponent? Let’s rather question John Mahama and his Finance Minister for throwing dust in the eyes of Ghanaian youth. Why did they just mention the increment without budgeting for it?” he questioned.

Below is the full statement:

Know these before you join the propaganda demonstration on Wednesday

We would like to make the public aware, that the National Service Personnel Association does not on earth have national executives.

That leadership was informed and agreed to an insatiable allowance increment is no reflection of the agenda for discussion in our last year’s May meeting.

That executives are resorting to civil disobedience and other peace breaking means to get what we have no knowledge about shouldn’t be a topic to tell media or friends about.

Why demonstrate against an innocent government whose first quarter budget was handed to him by his opponent.

Let’s rather question John Mahama and his Finance Minister for throwing dust in the eyes of the Ghanaian youth.

Why did they just mention the increment without budgeting for it?

Ask the so called executives a simple question:

What was government’s response about the increment when you met with management? Let’s adopt the right processes to press home our demands as will-be-future leaders of Mother Ghana.

Straight to the point

During our recent meeting in May, 2016, regional Presidents of NASPA petitioned management of NSS and Dr Whyte that pending an election of national officers to man the affairs of the association at national level, an interim committee be mandated for similar purpose, that was sharply turned down by The executive Director of NSS.

Dr Whyte rather suggested that before an executive body could be elected, the governing constitution of the association had to be reviewed. And that regional executive in collaboration with the Scheme’s legal team would do the draft. Regional presidents engaged in the draft for only one time. Everything fell on rocks since they were not properly assisted in the task.

So if anyone claims to be a NASPA National Executive, please take drastic Legal Action against him or her, unless he/she defines the jurisdiction he rules over.

At the said meeting we, the nearly sixty regional executives, portioned the scheme to adjust the monthly allowance upwards by 20%,that also was immediately rejected by NSS management who were present.

Don’t believe any press statement, that leadership has a hand in an assumed increment. We have no knowledge about a thing.

That increment was done out of pure malice and mischief it holds no goodwill.

Reading through the the budget that Hon,. Seth Tekper presented to parliament on November, 2016, nothing on national service allowance increment was captured.

Remember also that, H. E. The President of the Republic of Ghana, cannot by any ways spend more than parliament HAD approved for the first quarter before his assumption of Office.

I wrote the conference report. I wrote the resolution on behalf of the house at the meeting. You can contest my statement, and I will offer you the proof.

Notwithstanding the above about the increment, we won’t reject such an offer should Nana Akufo Addo hear our cry for increment, and add it to his second quarter budget for 2017.