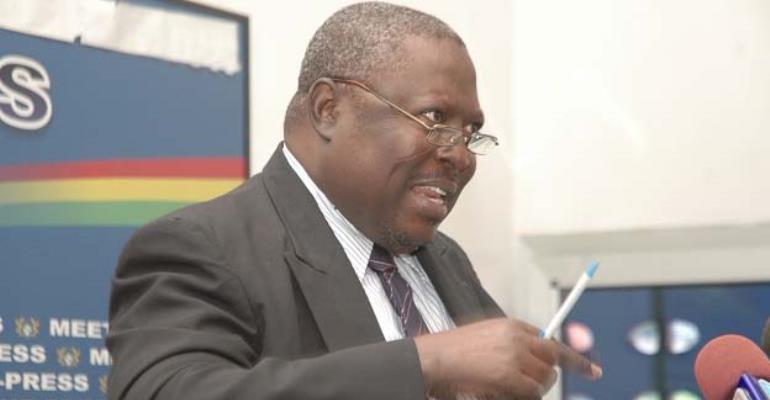 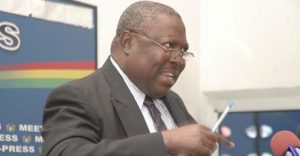 According to the former AG, the NDC National Organizer, Kofi Adams and the party’s deputy General Secretary, Koku Anyidoho are deliberately making unfounded allegations against him.

He said they should take notice that he would not be cowed.

Mahama Surrogates
He said all those attacking him since he started anti-corruption crusade in the party belong to what he called “Mahama Surrogate NDC Faction.”

“I am for peace but if the Mahama surrogate NDC faction wants war it will be taboo to the values of the core NDC grounded in the 4th June and 31st December Revolutions for me to run away from it,” Mr. Amidu said in his latest news release.

Persistent Lies
He said specifically that Koku Anyidoho and Kofi Adams have continuously claimed that he (Amidu) was on the payroll of the ruling New Patriotic Party (NPP) government but said he was unperturbed.

“The strategy of the NDC has been to unleash the National Organizer and Deputy General Secretary of the NDC not to answer the pertinent issues raised in my article but to, as usual, attack my person and assassinate my character, honour and integrity.”

Inactive Role
Mr. Amidu, per his argument, appears to be on his way out of the NDC when he asked “Can someone from the NDC tell Ghanaians how active I have been in the NDC and how many times I have attended or been invited by the National Executive, Regional Executive, Constituency Executive or Branch Executive since 1st January 2012 to any meeting or activity of the Congress? None whatsoever!”

“I met some of the executives only when the founder, President Rawlings, has invited me to join his side of the delegation when the executive or visiting foreign delegations have an appointment with him. I am and will remain on the side of the man of honour, integrity and anti-corruption warrior, President Jerry John Rawlings, who stands at the core of the NDC defending the 1992 Constitution,” adding “I will never, ever be on the side of the incompetent, corrupt and looting John Dramani Mahama Government and its surrogates of the so-called New NDC.”

“Is it now that the NDC is waking up to the fact that I am a party member who should not pursue constitutional rights against the inept and corrupt Mahama Government?”

Breach of Trust
Mr. Amidu repeated his claim that former President John Evans Atta Mills (deceased) breached the longstanding trust between them in the heat of what has now become the infamous Woyome GH¢51.2 million scandal.

He said the late President’s betrayal played a role in his resignation from the NDC government as AG.

Mr Amidu said it was only when he showed then Minister of Information and Media Relations, Mahama Ayariga the letter naming all those involved in the Woyome scandal that “the Government stopped spreading the false allegation that I did not name the gargantuan criminals.”

“As for Koku Anyidoho’s recent timid insinuation that I may be on the payroll of the NPP, it is an old and tested lie taking its roots from the ganging up from the first publications of the NDC rented press starting from 3rd January 2012, accusing me of favouring the NPP and prosecuting NDC supporters and financiers,” he fired, adding “I had intelligence back then that Koku Anyidoho as the Communications Director at the Presidency was the conduit that was used to orchestrate the personal attacks and character assassinations, because I was exposing those involved in Woyomegate.”

He said, “Only bootlickers and corrupt officials fear to speak the truth to fellow citizens and to power. I had no skeletons in my cupboard to be blackmailed with so there was nothing to worry about. That is the benefit of integrity and uprightness in public office.”

EC Boss Allegation
He said his suspicion that then President John Mahama had brought in Charlotte Osei as the Chairperson of the Electoral Commission (NDC) to rig the election for the NDC was never challenged when the party was in power but could turn around to say they were going to investigate him (Amidu) when they (NDC) have become powerless in opposition.

“The Mahama Government was in power and controlled the policing apparatus of the Republic, but because it knew that I was speaking the truth it dared not to investigate or ask me for substantiation of the allegation,” he said, adding “So how come that out of government the incompetent John Dramani Mahama surrogates in the NDC, which was not the appointing authority under Article 217 of the 1992 Constitution, now have the audacity to ask me to produce evidence on an incompetent appointment they did not make?”