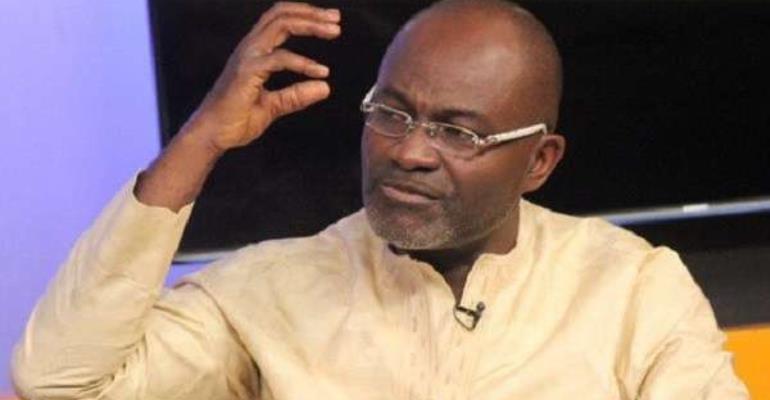 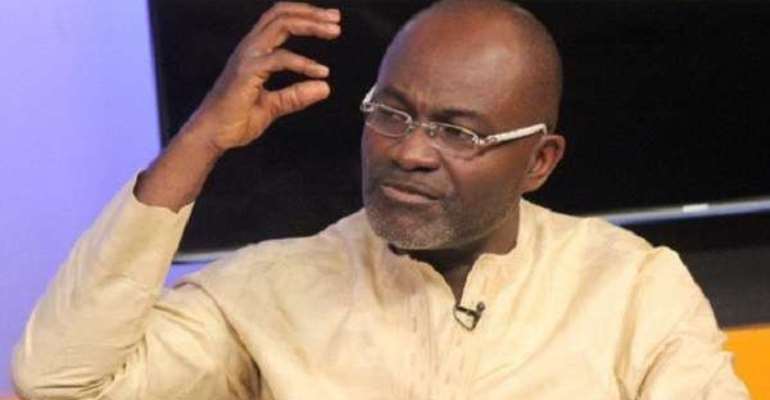 The National Democratic Congress (NDC) has dragged Member of Parliament (MP) for Assin Central Constituency, Mr. Kennedy Ohene Agyapong to the Criminal Investigations Department (CID) of the Ghana Police Service for threatening some members of the party.

The outspoken MP on a programme on Net2 TV allegedly threatened to have the houses of Mr. John Dramani Mahama, Mr. Johnson Asiedu Nketiah, and some other members of the NDC burnt.

Not taking the utterances of the Assin Central MP likely, the Legal Department of NDC has filed a complaint at the CID demanding the arrest and prosecution of the legislator.

“The NDC considers such utterances and conduct of Kennedy Ohene Agyapong as a threat to the lives and properties of the named persons in the preceding paragraph and a potential threat to the peace of this country, and therefore deems it necessary that your office takes up the matter and conducts the necessary investigations into it,” part of the complaint sent to the CID reads.

It adds, “We take a very serious view of the conduct of the Member of Parliament for Assin Central in this matter and we, therefore, demand that investigations must be launched immediately into the said conduct to allay the apprehensions of the named persons and to maintain the peace and stability of our dear nation. 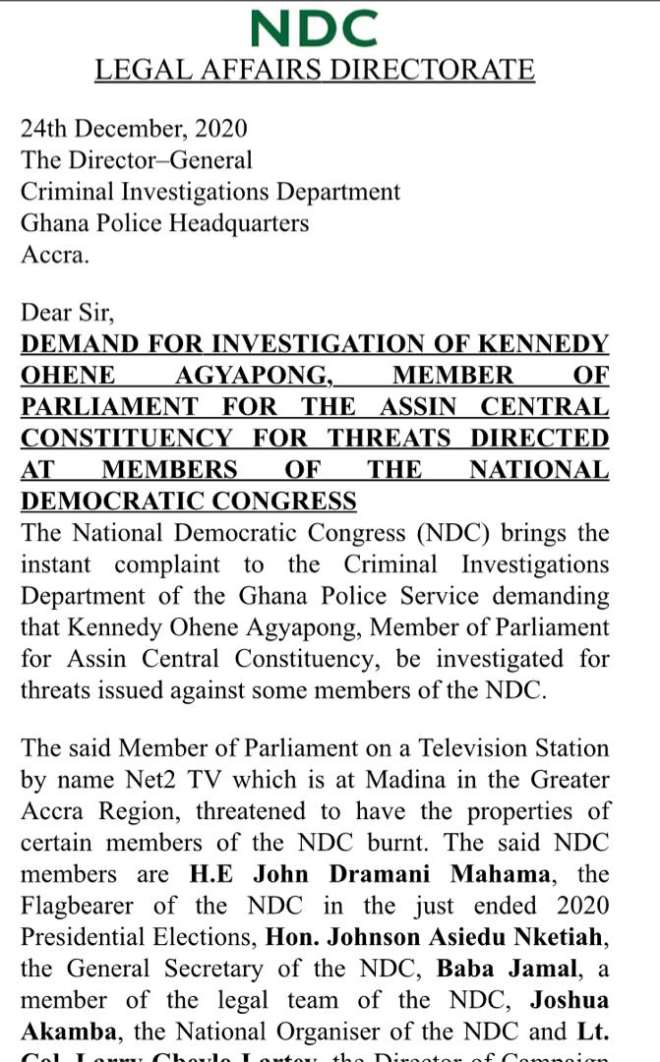 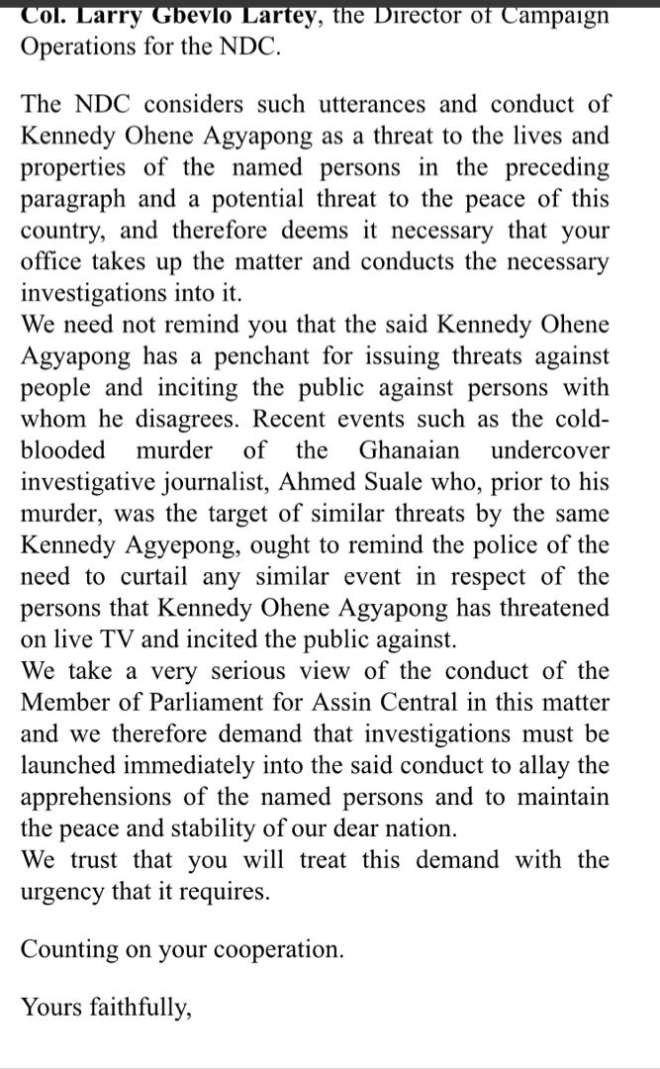