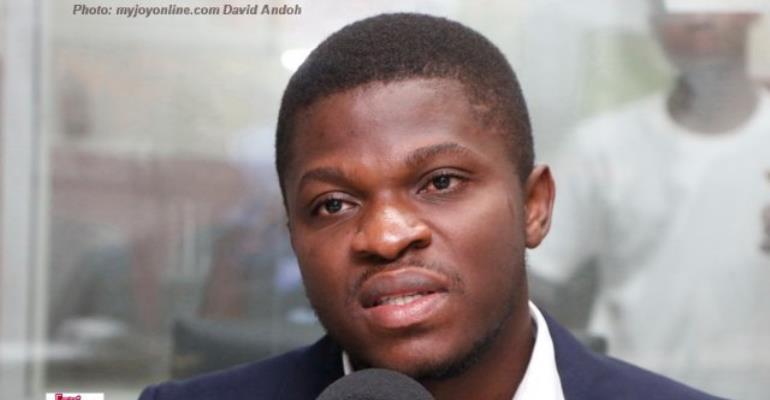 An outspoken member of the opposition National Democratic Congress (NDC), Samuel Gyamfi, has officially declared his intention to contest for the position of National Communication Officer of the party when nominations are opened by the party.

According to the member of NDC’s communication team, his decision to contest for the position follows persistent calls on him from party members to do so.

In the statement titled “When Duty Calls”, he indicated that “many of you have encouraged me to take the next step by putting myself up for elective office to serve as the National Communication Officer for our great NDC, as we work towards victory in 2020. Well, I have reflected, consulted and humbly decided to accept this challenge”.

Mr Gyamfi, who has been tipped by many for the position rose to prominence in the NDC after the party suffered the most humiliating electoral defeat in its history in the 2016 general elections.

It is believed that NDC’s weak communication partly accounted for the loss as has been corroborated by the Kwesi Botchwey Committee Report set up to look into the cause of the defeat. 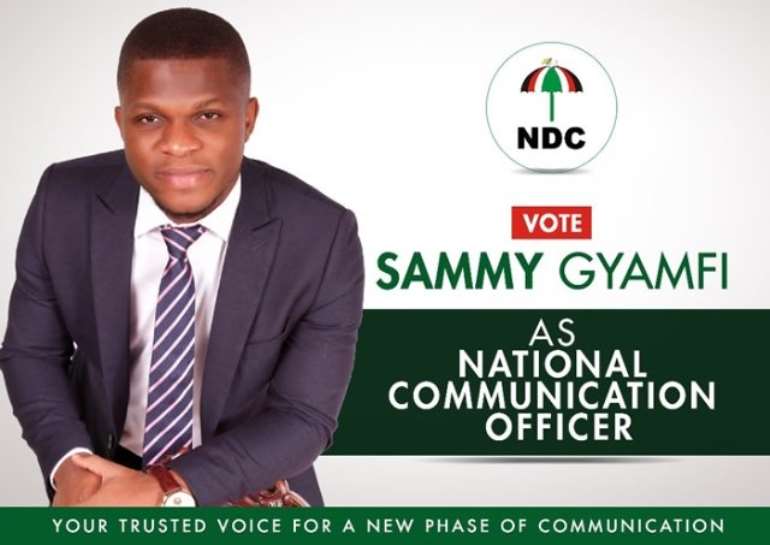 Since then, the law student has been a key voice and the main new face who has propelled the communications machinery of the NDC.

His research-based, cutting-edge, and firebrand communication style has earned him the praises of many party members who see him as an antidote to the weak communication machinery of the NDC.

Mr Gyamfi has been an active member of the Communications Team of the NDC over the last 10 years and has played various roles for the NDC in both the Ashanti and Brong-Ahafo Regions.

Until recently, he was the Communications Director of Ibrahim Mahama’s Exton Cubic Mining Group.

He was also the spokesperson and PRO for the Mayor of Kumasi, Kojo Bonsu, between 2012-2016.

He was President for TEIN-NDC KNUST between 2011-2012 and is the immediate past SRC President of the Ghana School of Law. Sammy Gyamfi is currently the Convenor of the Coalition for Social Justice (CSJ).

Below is the full statement posted on his Facebook wall.

WHEN DUTY CALLS
Over the past 10 years, I have had the rare privilege of being part of the Communication Team of the great NDC. Throughout this period, I have contributed my quota to the progress and development of the party by playing various roles at different levels. This period of service to the party, coupled with my active involvement in student activism, has helped me to hone my skill in political communication.

Comrades, being an active member of the NDC’s National Communication Team over the past eighteen (18) months has been an exciting journey, but also a challenging one. My joy was in getting the opportunity to serve the party I love at the National level, whilst my initial challenge was how I would work collectively with my colleagues to restore hope to the rank and file of the NDC, who were left crestfallen, after our bitter defeat in the 2016 General Elections.

Following our frustrating loss to a government that rode on the back of lies to power, it was critical for those of us who were at the forefront of the party’s communication to reposition our communication machinery in a manner that restores hope and belief to our grassroots and Ghanaians at large.

As time never fails in its ability to reveal the truth, the Akufo-Addo led government is today mired in a crisis of corruption and super-incompetence. Today, Ghana is witnessing its worst form of governance in our Fourth Republic and the veil of deception that was cast on the Ghanaian people in 2016 has been completely unmasked.

It is my singular honour to have been part of the reorganization process which has been highly successful; and I doff my hat out to all members of the NDC’s Communication Team, from the constituencies, regions and the national level and to all who have contributed in various ways to keeping this disappointing, yet exceptionally corrupt and nepotistic government in check.

Comrades, the goodwill of the NDC keeps soaring by the day and the yearning for the return of the NDC is already so loud. As I represent the NDC on several media platforms daily, I receive overwhelming feedback and support from the rank and file, as well as well-meaning Ghanaians across the length and breadth of the country.

Many of you have encouraged me to take the next step by putting myself up for elective office to serve as the National Communication Officer for our great NDC, as we work towards victory in 2020. Well, I have reflected, consulted and humbly decided to accept this challenge.

Comrades, building an effective communication machinery is integral to our quest to win the 2020 General Elections. I believe it would take fresh dynamism and superior organizational skills, that taps into the collective expertise, energies and experiences of all, to create the vibrant research-based communication vehicle, that would take us to our glorious destination in 2020.

I am not oblivious of the daunting nature of the task ahead. However, I am convicted by the fact that given the renewed enthusiasm within the NDC, and the confidence of the Ghanaian people in our track record of governance, we shall collectively surmount this task.

I acknowledge the fact that you have identified a potential in me and I deeply appreciate your support in many ways. I humbly assure you, that with our collective sacrifices and by the grace of the Almighty God, I will not let you down.

2020 is possible together and we shall surely win together.