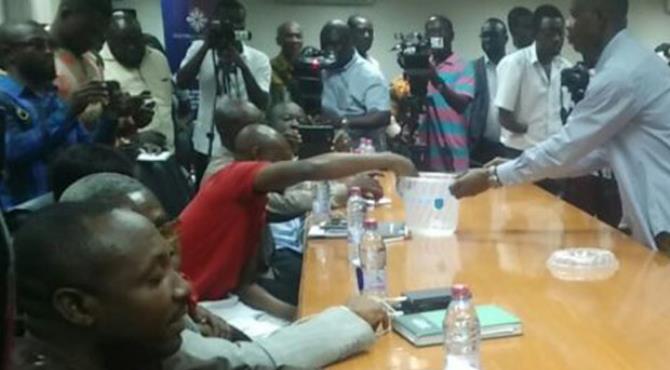 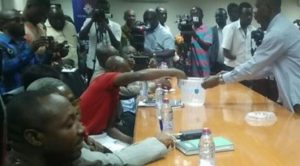 The governing National Democratic Congress (NDC) and the opposition New Patriotic Party (NPP) have picked the third and fifth spot respectively on the parliamentary ballot for the upcoming parliamentary elections.

Six (6) political parties were present at the Electoral Commission (EC) on Wednesday [November 9] to ballot for their spots on the presidential ballot paper.

All the qualified presidential aspirants were represented by their respective party officials for the balloting held at the Headquarters of the Commission.

The National Democratic Party’s (NDP), Nana Konadu Agyeman-Rawlings and the People’s National Congress’ (PNC), Dr Edward Mahama were also cleared to join the list of 4 other presidential candidates to contest the upcoming polls. The trio’s nomination forms were accepted by the EC after they successfully corrected errors on their nomination forms that led to their initial disqualification by the EC a month ago.