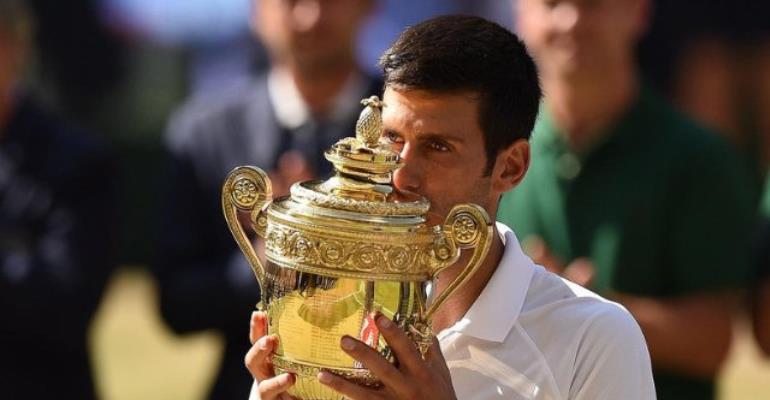 The Serb, 31, quickly took control to win the opening set in 29 minutes, breaking twice more in the second set.

Djokovic saw off five set points in an even third set before dominating the tie-break to seal victory.

He dropped to his haunches just inside the baseline as Centre Court rose to acclaim the champion, hugging South African Anderson at the net before skipping over towards his box and celebrating wildly in front of his coaching team and wife Jelena.

“There is no better place to make a comeback, it’s a sacred place for the world of tennis, it’s very special.”

He is now in outright fourth place on the all-time list of Grand Slam men’s singles titles, moving clear of Roy Emerson and closing the gap on Roger Federer (20), Rafael Nadal (17) and Pete Sampras (14).

The former world number one will move back into the top 10 when the latest rankings are released on Monday.

It is his first title since winning Eastbourne last year.