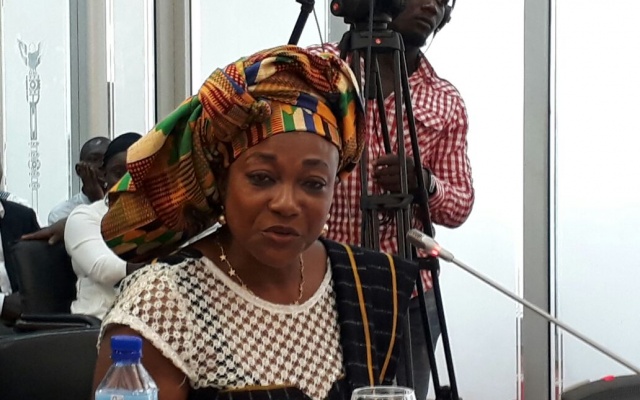 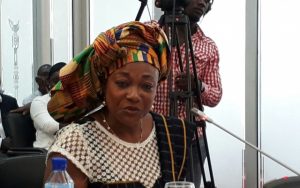 A political communications lecturer at University of Cape Coast says a wrong signal would be sent to young Ghanaians should minister-designate for Gender and Social Protection Otiko Djaba be approved.

Dr Eric Opoku argues that her revelation that she did not do National Service is a dent on her image and the president.

All graduates from Ghanaian tertiary institutions must complete a one-year national service under the National Service Secretariat (NSS) Act 426.

The are offenses for those who personnel who do not report to their posts after 3 months of being posted are considered to have evaded the service.

For such a personnel, appropriate sanctions under Act 426 are applied. Also, a service person that takes up posting but does not complete the full period, without proper authorization from the Board shall be declared a deserter.

Three months after desertion, the service person shall be declared an evader. Any National Service rendered before desertion will be nullified and personnel on reporting back to the National Service Secretariat shall be made to start afresh.

However, candidates for national service may on application be exempted from service by the National Service Board on production of valid documentary evidence establishing that: (i) an individual who has undertaken National Service at an earlier date, (ii) a graduate who is 40 years old or more.

But the sector minister-designate who faced the appointments committee yesterday explained that could not do her national service because she was not in the country.

This notwithstanding, Dr Eric Opoku tells Joy News her explanation does not hold water.

He said what is crucial is the signals such a nominee sends to the general public especially the youth adding “here is a high office holder of such a stature and she did not even serve her nation as an obligation after completing her education.”

According to him, the fact that she was bold in saying it before the Appointments Committee is bad enough because it sends information to the youth that they do not have to complete service to be able to serve in any public office.

“I would clearly say that Madam Otiko Djaba has demonstrated enough in terms of her commitment to patriotism, but this presents a dent in her image,” he said.

He, therefore advises the president not to appoint people whose passage would be a problem.

But former presidential hopeful of the Conventions Peoples Party (CPP), Dr Abu Sakara disagrees arguing this can not be a basis for a disapproval of the appointment.

He said the Committee should have rather sought to inquire if she was a public-spirited person.