Otuaro And His Trustworthy Lifestyle 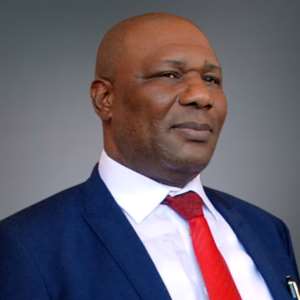 The Deputy Governor of Delta State, Barrister Kingsley Otuaro is a man that can be trusted, especially in this era, where and when some governors and their deputies, political Godsons and Godfathers, political allies and friends and sundry are in loggerhead.

Observing the steadiness in Otuaro, the Delta State Governor, Dr. Ifeanyi Okowa on April 16 2019, described Otuaro as a competent man, during the occasion marking Otuaro at 51.

Okowa, who was on leave during the period under review, also commended Otuaro who was acting governor, for the salient role he played in the ‘Smart Agenda’, which was geared to ensure immeasurable peace for oil production in host communities.

As Chairman of Peace Advocacy Committee Against Oil Facility Vandalism in Delta, Otuaro believes that it is nice to say ‘yes’ or ‘no’ in any endeavour, but the paramount thing is for people not to make promises they cannot keep. This is the reason, if Otuaro is set to do or not do something, he moves in the direction of his mind.

In the modern times when men derive pleasure in making promises they knew they would not keep, Otuaro, on Sunday, June 30, kept his promise to his people of Okerenkoko community, Gbaramatu Kingdom of the State, by donating millions of Naira and complete football kits to Amaseikumor cup champions – Okerenkoko community team that won the competition and Oporoza, that came second.

Otuaro who holds Masters in Peace and Conflict Studies from the University of Ibadan, after graduating from Ambrose Alli University, Ekpoma, said truth to power in Warri. It was at the end of a two-day conference (of a body set up to halt the destruction of oil assets in the state by Okowa in late 2015) on securing oil and gas facilities in the state on January 15 2018 that Otuaro said, not even the arsenal of military deployment would guarantee the safety of oil facilities in the Niger Delta.

This was even as Otuaro told journalists after the state government emergency security meeting which had Mr. Zanna Ibrahim as State Police Commissioner in attendance in Asaba on March 12 2017, saying that “no effort will be spared in bringing criminals and their sponsors to book.”

It was Nelson Mandelawho was quoted as saying, “Remember to celebrate milestones as you prepare for the road ahead.” During Otuaro at 51, a congratulatory message from the governor, signed by his chief press secretary, Charles Aniagwu, stated, “On behalf of my family, the government and people of Delta State, I wish to felicitate with my amiable deputy governor, a party stalwart and leader of inestimable value on the occasion of his 51stbirthday anniversary celebration.

“You have been a worthy and dependable partner in our quest to ensure peace and security in our dear state and I must place it on record that you and your team in the Peace Advocacy Committee Against Oil Facility Vandalism in Delta state contributed largely to the peace we enjoy today in the oil and gas industry in the state.

“Your life symbolizes diligence, humility, perseverance, focus and dedicated service and this explains why your people of Warri South West local government area and Deltans overwhelmingly voted us back for a second term, to continue in our quest to build a stronger Delta of our dream.

“Your Excellency, your indefatigable role as the deputy governor of our dear Delta State has contributed to the remarkable and modest achievements recorded by our administration and I thank God because, with your continued partnership and that of entire Deltans, better days are indeed here for our people.

“I join your family, friends and well-wishers to thank Almighty God for His continued guidance, protection and provision for you in the past 51 years of a life of forthrightness, outstanding patriotism and service to humanity with which He has blessed you. Happy birthday, my brother and friend.”

Echoes from Delta State appraising Otuaro, he knew that a leader’s first and last job is to enthuse trust that will arouse confidence of the led around such a leader. Checks revealed that Otuaro has espoused trust as the only way he can convey astonishing results in a permanent way while working with Okowa whose facial mien is characterized by gentility, affability, wisdom, learnedness and sundry positive miens.

Otuaro celebrates the importance of trust, building competence, exhibiting leadership traits by example, putting in line the Okowa government’s purpose to show ultra-competence by empowering people, and championing the welfare of humanity in Delta state and by extension across Niger Delta. It was because Otuaro is a man of trust that his God put him in the position he occupies today. Left for Otuaro, he hadn’t the premonition that he would be deputy governor, not even with his so many university qualifications.

At the 21stIjaw Day of Prayer, Praise & Thanksgiving organized by the Delta State Chapter of Izon Christian Fellowship in Effurun, Uvwie Local Government Area, he said, “My ascension to the post of Deputy Governor is the handiwork of God. I had never at anytime wanted to be but God did it. God break protocols. It is because of God’s wisdom in some of our traditional, religious and political leaders that come together to lift up their holy hands in praising God.”

Today, providence did not make a wrong choice in Otuaro in assisting Okowa to funnel the state of affairs in Delta to what calculators have described as enviable height. It was the trust Otuaro wears as a garb that Okowa described him in his letter to the House of Assembly to hand the joystick of leadership to Otuaro in the cause of his leave, as an upright man.

Okowa wrote, “I send warm greetings to the Right Honourabe Speaker, and write to intimate the Honourable House, that I would be proceeding on 15 days leave which will form part of my 2017 annual vacation from Monday, June 26 to Wednesday, July 12, 2017, while the remaining part of my annual leave will be enjoyed later in the year.

“In accordance with Section 190 (1) of the Constitution of the Federal Republic of Nigeria, 1999, as amended, His Excellency, Barr. Kingsley Otuaro, the Deputy Governor of Delta State, shall perform the duties of my office as Acting Governor during the period of my absence on leave.

“I will greatly appreciate if the foregoing is placed before the Honourable House for information. Please, accept the assurances of my high regard and best wishes for you and the Honourable Members of the House.”

As many people have said that Okowa is performing in Delta, without a doubt, such performance is due to the trust Otuaro and Okowa had for each other, which has led to high-performance. It will be expedient to say that trust builds confidence in persons, groups and organizations, to show rare performance.

Professionals say that trust cripples dysfunction. Since trust is Otuaro’s name, Okowa has nothing to fear, but to deliver better outcomes, as both of them work in harmony to improve leadership and democracy in Delta State. Given the above, it is breathtaking how Otuaro, who is also a deacon of Christ Embassy, has garnered the trust of so many people, who now learn from his repeatability and accountability. He has shown seldom ability in his quest to make mankind happy and of great consequence, for the Okowa government to succeed.

Odimegwu Onwumere, who WhasApps at 08032552855, contributed this piece via email: apoet_25@yahoo.com