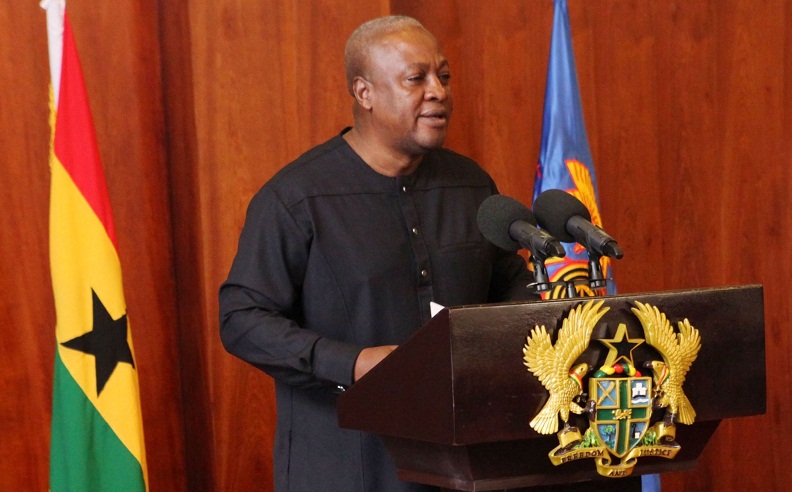 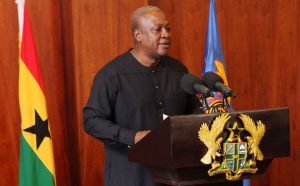 Ghana’s outgoing president John Mahama has charged the Sixth Parliament of the Fourth Republic to pass the Right to Information Bill before its dissolution on Friday, January 6, 2017.

Delivering his last State of the Nation address Thursday, he said the public and civil society organisations are disappointed in “our inability to pass the Right to Information bill.”

He, however, noted that they are still hopeful that before “this parliament is dissolved at midnight on the sixth of January a consensus can be found to pass this bill into law.”

The Deputy Director of Public Affairs of Parliament, Kate Addo disclosed Wednesday that before the sixth parliament of the Fourth Republic ends, legislators will consider some bills that are before it, including the Right to information Bill.

“The Right to Information Bill is still being discussed. It is at the stage where people are bringing out the flaws of the Bill in order to ensure that we have a law that when is passed is air tight,” she said.

The journey is worthwhile

Mahama also used his final address to tout his achievements as president of the republic, describing his tenure as the commander in chief of Ghana’s armed forces as “a worthwhile journey.”

He also thanked his vice president, Kwesi Amissah-Arthur, the speaker, Doe Adjaho, the Chief Justice, Georgina Theodora Wood and the 270 Members of Parliament for “the cooperation and solidarity I’ve enjoyed during my tenure as president.”

Letting the people know where we stand

Mahama said the purpose of his final address was to let “the people of Ghana know where we stand as a country as the baton of leadership pass from one leader to another. Where are we in this race so to speak in so far as nation building and how is Ghana faring when compared to other nations in Africa and of course in the world.”

Ghana under his stewardship, he said experienced significant economic and infrastructural growth amidst global financial meltdown.