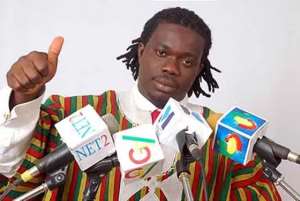 It seems to go nowhere, so it is about time PAYOLA is ignored for the sake of establishing Radio Musiga to push forward the local and indigenous music.

Payola is the collection of monies from musicians by record players, commercial radio stations, some Disc Jockeys and other music pushers within the music industry.

In some instances, it is also termed as the illegal practice of payment or other inducement by record companies for the broadcast of recordings on commercial radio in which the song is presented as being part of the normal day’s broadcast.

So by telling the truth, this situation or condition simply means, there is no stopping for PAYOLA as long as music breathes while musicians live.

Do not forget the fact that most commercial radio stations are set up or established to amass wealth economically while still pushing their individual agendas.

So if this be the case, why are so many Ghanaian musicians expecting various radio stations to do favours by playing their songs?

Fact is that, musicians are not in the industry to have fun. And in as much as they are having fun while entertaining others and themselves, some are also charging exorbitant monies for their music worth in concerts up and down the country and to some extent abroad.

What needs to be done to curtail the power of the PAYOLA is for the Musicians Union of Ghana to establish its own radio station to push its indigenous music as well as its definitive music agendas.

In so doing, they can then run affairs according to how they would want it on any other commercial radio station in the country.

As and when Radio Musiga is established, its authentic patrons and audience would be listening to local music 24 hours in a day and 7 days in a week, thereby making it a project to behold.

Although some of the musicians in Ghana are not all that happy with the way and manner Mr Bice Osie Kuffour is steering the affairs of the union, they would all be arguably happy if he can help establish a definitive radio station in honour, respect and admiration of the union and Ghana as a whole.

The said station, if well established in the capital, they can roll on to the other regional capitals as well in connecting its agenda with other radio affiliates.

Most at times it is often better to push ones agenda through ones establishment than doing it the other way round.

Just imagine how powerful Radio Musiga would be by pushing its local music, programs and agendas.

The name would be Radio Musiga and its slogan would be ‘Playing and Loving Our Music’.

Until then, leave the Disc Jockeys, record players and the others alone to enjoy their PAYOLA which is arguably here to stay as long as music lives on.