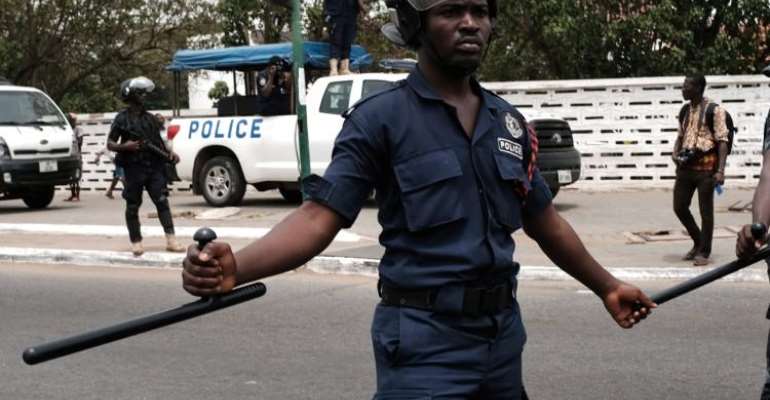 The Ghana Police Service has become visible on some streets in the capital within the week after series of daylight robberies at traffic intersections.

This new act from the police seems to be inspiring some confidence among road users as some of them are applauding the new approach by the service.

Ghanaians have bemoaned the rampant armed robbery in the country, especially the ones occurring under traffic lights and road intersections.

Many people complained about being robbed in traffic at the Achimota-GIMPA road, Circle-Awudome road, and some other notable areas but the response of the police then needed much to be desired.

However, the situation seems to be getting out of hand as the robbers, who used to operate only in bushy highway areas, have now extended their operation to the capital city.

Closed-Circuit Television cameras fixed at some areas have shown videos of how some of the robberies took place.

ModernGhana News has realized the situation has informed the latest approach by Ghana Police Service to increase their visibility at some vantage points in the city.

Acting Inspector General of Police, Dr. George Akufo Dampare has gained some admiration from Ghanaians after introducing some far-sightedness and radicalism into Service after assuming the Inspector-General role to clamp down on criminals.