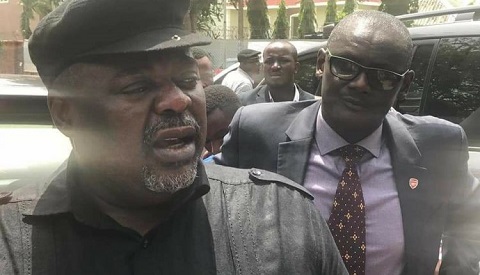 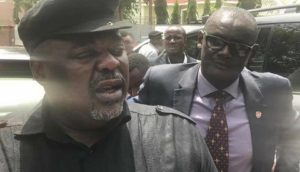 Personnel of the Ghana Police Service have stormed the house of the Deputy General Secretary of the National Democratic Congress (NDC), Koku Anyidoho, for a search.

The search follows Mr Anyidoho’s arrest by officers of the Criminal Investigative Department of the Ghana Police Service on Tuesday, 27 March.

Joy News’ Joseph Opoku Gakpo, who was at the CID headquarters in Accra, reported on Asempa FM’s Ekosii Sen current affairs programme on Tuesday afternoon that: “The officers have just moved into his house at Oyarifa near Adenta to search whether he has some hidden weapons in his home. They were accompanied by Lawyer Kojoga Adawadu.”

Mr Anyidoho threatened on radio that there will be a civil coup d’etat to topple the Akufo-Addo administration.

He told Happy FM on Monday, 26 March that: “Somebody should tell Nana Akufo-Addo that history has a very interesting way of repeating itself.

“On January 13, 1972 a certain Col. Ignatius Kutu Acheampong led a movement that removed the Progress Party from power. Busia was the Prime Minister and Akufo-Addo’s father was a ceremonial president. Somebody should tell Nana Akufo-Addo that history has a very interesting way of repeating itself.

“There’ll be a civil revolt. There’ll be a people’s movement. During President John Mahama’s tenure didn’t we receive similar threats from the likes of Let My Vote Count and OccupyGhana.”

“There’ll be a civilian coup d’etat; there’ll be a social revolution and the movement is starting on Wednesday. He [Akufo-Addo] will be fed up at the presidency,” Mr Anyidoho said.