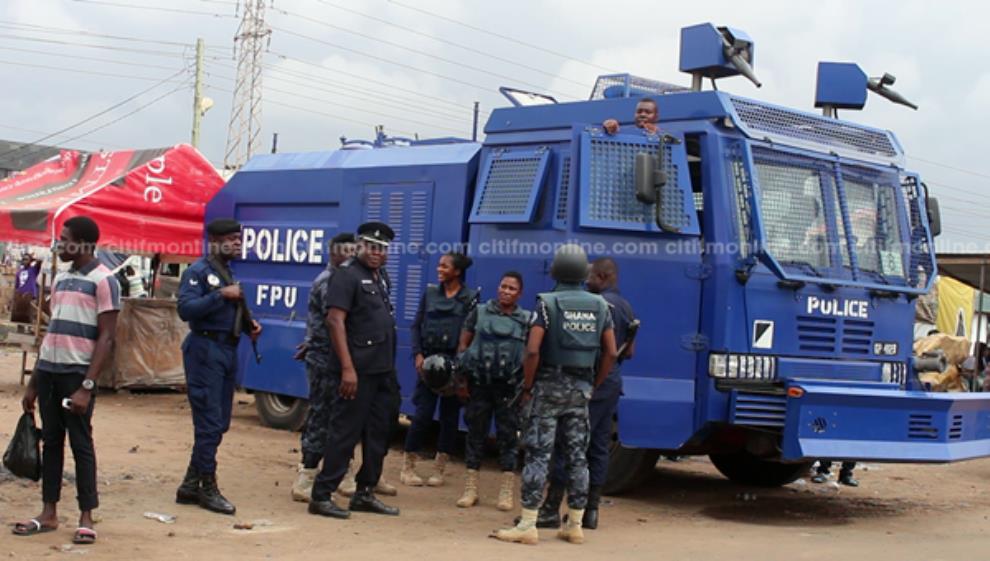 Police Vow To Arrest All Suspects Linked To Sisala Chaos 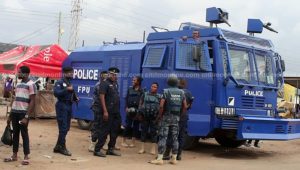 Police in the Upper West Region have indicated that efforts are underway to arrest other culprits involved in disturbances in the Sissala West District.

Some seven supporters of the New Patriotic Party (NPP), suspected to have played various roles in the incident, have already been remanded into prison custody after appearing before a Wa Magistrate Court.

The seven, according to the police, are among over 100 persons who are currently on the run.

Speaking on Eyewitness News, Public Relations Officer for the Upper West Regional Police Command, Joy Afagbedzi, said the Police are still conducting investigations to a establish prima facie against the suspects after which the arrest will be made.

Mr. Afagbedzi also gave the assurance that the Police will restore calm to the area, saying the fact that “7 were arraigned and other were being hunted shows their commitment to ensuring law and order.”

The youth, who stormed the DCE’s office, accused the DCE, Mohammed Bakor, of engaging in “divide and rule” tactics.

The agitating youth also complained that they were being neglected in favour of people aligned to the DCE, Mohammed Bako.

The Upper West Regional Minister, Sulemana Alhassan, earlier downplayed the incident, which he said stemmed from a minor disagreement between the NPP youth and the DCE.

Warning to police commanders
A few days ago, the Interior Minister, Ambrose Dery, warned that Police Commanders who fail to ensure arrests and prosecution in vigilante-related incidents will face sanctions

“If there is any vigilantism in your area, you must investigate and bring them to book otherwise the commander of that area – be it the village, district or regional commanders – must be sanctioned, we must stop it. When incidents occur, you either tell us you’ve arrested the perpetrators and are investigating or you are sanctioned. Whoever it is that’s supposed to sanction but doesn’t do so, will be sanctioned as well. We don’t want any more stories,” the Minister said.

The government’s commitment to security has been questioned following the recent upsurge in the number of incidents involving political vigilante groups across the country.

Several groups of Ghanaian youth, believed to be members of the governing NPP, have gone on rampage at least wreaking havoc at state institutions and attacking public officials.