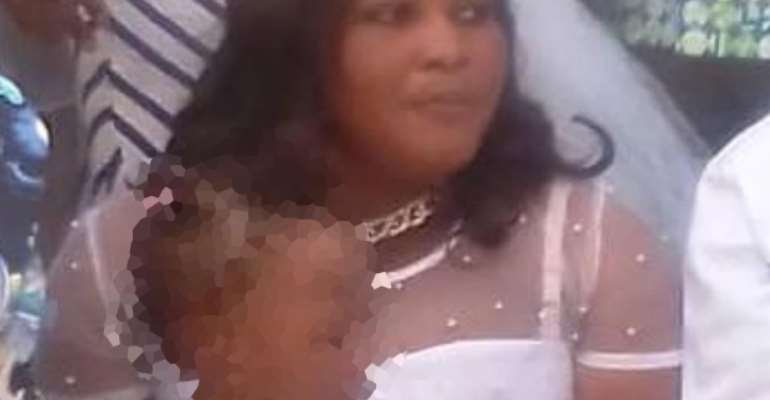 Details are emerging about how a policewoman was gruesomely killed by six men who also stole her rifle in Tamale in the Northern Region just rcently.

When the six men were brought to the Tamale Magistrate Court, the prosecutor, Inspector Victor Kwafo, revealed that the policewoman (Sergeant Agatha Nana Nabin) was shot in the neck and she died instantly at a checkpoint on the Tamale-Kumbungu road.

He said when a team of officers from the Regional Police Command were dispatched to the scene, they found one spent shell of G3 rifle ammunition on a spot close to where the motionless body of their colleague was lying.

They have been charged with conspiracy, murder, possession of firearm without lawful authority and possession of military accoutrement.

According to the prosecutor, Issahaku Yakubu was arrested at his residence at Warizeri in Tamale on July 31, and a search in his room revealed AK-47 and G3 live ammunition, spent shells and assorted military uniform and accoutrement.

Whilst the suspects were being escorted in a police vehicle to the police station, Issahaku Yakubu jumped down from the moving vehicle and was chased and rearrested after a bullet hit his right arm.

He was rushed to the Tamale Teaching Hospital and he later mentioned Mahama Nashiru as the source of his military accoutrement, and he was also subsequently arrested.

During interrogation, Hana Alhassan narrated that on August 2, he returned home from work and was told that his friend (one Naami) brought some guns to be given to him, and according to the prosecutor, efforts were being made to arrest the said Naami who is currently at large.

Lawyer Abdul Rauf, who represented Issahaku Yakubu, expressed his worry, saying his client was not receiving the necessary medical attention after he was discharged from the hospital and sent to prison custody.

Sylvester Isang, counsel for both Anas Issahaku and Zulika Abdallah, also lamented that the prosecution was delaying in completing their investigation into the matter.

He said the suspects have been kept in prison custody in violation of their human rights and urged the court to grant them bail.

He also appealed to the judge, Amadu Seidu, to ‘add his voice’ for the Attorney General to speed up the process of giving advice for the way forward of the case.

The judge said the delay by the Attorney General to complete its work is a limitation to the accused persons, adding, “If investigations are not ending then justice is also denied.”

He said he would be writing to the Attorney General and inform them that the case is of public interest and for that matter they should speed up their work and present its work on September 19, 2019, the adjourned date.

Some family and friends of the suspects who besieged the court to support them were seen crying on the court premises.

Military and police officers took over the entire court premises as people trooped in to witness the proceedings.