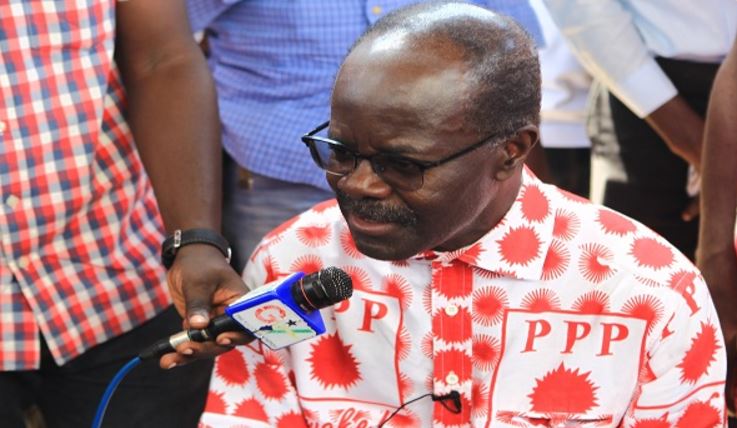 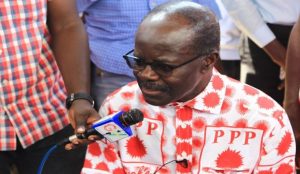 Presidential candidate of the Progressive People’s Party (PPP), Dr. Papa Kwesi Nduom, says his party is hopeful of winning more parliamentary seats in the 10 regions of the country.

According to him, the PPP fielded about 166 parliamentary candidates out of the 275 constituencies which he was very optimistic of their chances to win more seats.

“We fielded about 166 candidates. I believe that it is possible for a third of them to win seats. And I am saying to you that we will win a minimum of one seat in every region to prove that we are a national party,” he confidently said.

Speaking on Citi FM Breakfast Show in Accra yesterday, though Dr. Nduom acknowledged the strength of both the National Democratic Congress (NDC) and the New Patriotic Party (NPP) in the presidential elections, he said his party was working hard for the elections to be NDC, PPP and NPP race.

Dr. Nduom also discounted suggestions that voting for the PPP in the upcoming polls will be a waste of ballot.

According to him, a vote for the PPP rather accentuates the electorate’s passion to see a positive change in the country.

On his expectation in the December 7 polls, the PPP leader expressed doubts about the fairness in the elections.

According to him, there will not be a free and fair election since the political scale was not balanced.

“We will not have a free and fair election in Ghana in 2016. It is not possible. The scale is not balanced,” Dr. Nduom affirmed.

He cited three main reasons for his fear. He explained that the Electoral Commission (EC) was still working with a voters’ register that is flawed.

That, Dr. Nduom stressed, was not only coming from him alone but the Supreme Court as well.

“The Electoral Commission itself also admits, including all the political parties. So if you are working with a flawed voters’ register you can’t have results that you are looking for.”

Another reason, Dr. Nduom assigned, was the fact that the Political Parties

Law was not being implemented or enforced by the EC.

He wondered where and how people get money to finance their campaigns.

Furthermore, Dr. Nduom lashed out at President Mahama and his National Democratic Congress for what he described as “daylight robbery” accusing them of using tax paper’s money to solicit for votes.

“We are also seeing daylight robbery going on. Our tax payer’s money is being used by John Dramani Mahama and the NDC to buy things for people to win their votes,” he averred.

He also lamented the situation where actors of state were being used to intimidate political opponents where some people claim “we should not be in certain regions, the harassments our candidates are going through, our supporters are being beaten because according to them we don’t belong to the race.”

This situation, he explained, undermines the credibility of the polls.

He, therefore, asked: “does this country belong to the NDC and John Dramani Mahama? Absolutely not! So we can sit somewhere for people who have become, peace, peace people, all of a sudden to wake up one day and realise that we are going for an election and now we should begin to talk peace. There can be no peace without justice.”

According to Dr. Nduom, these developments do not create an even playing field all political parties to compete for votes.