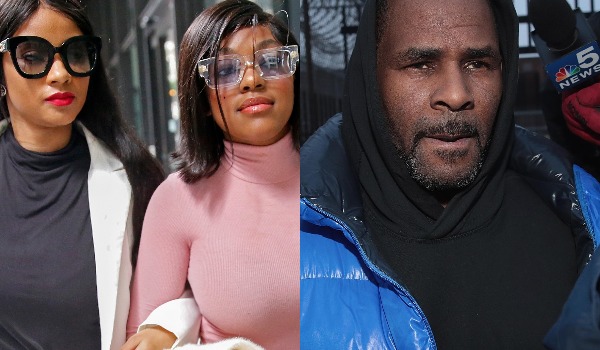 R. Kelly‘s girlfriends Joycelyn Savage and Azriel Clary are trying to secure Michael Jackson‘s former attorney for all of the charges Kelly is facing. And they’re also trying to help foot the bill by attempting to get a book deal and other projects for themselves.

Tom Mesereau, whom the women allegedly want to retain, was Jackson’s lawyer for his 2005 child molestation trial that took place in Santa Maria, California. Jackson was acquitted of all charges by a jury.

TMZ reports that after Savage and Clary hired reps to contact media outlets, they have a few offers in progress, including a book deal that could make them a lot of money. Besides the book deal, the women are trying to secure paid interviews, and some outlets have already expressed interest.

The two women reportedly intend to add those funds to the money others have raised for Kelly’s defense and try to hire Mesereau. But none of the deals has been finalized yet.

If they do raise the necessary funds, it would have to be a considerable amount, based on all of the charges Kelly has been hit with. He’s facing federal charges out of Northern District of Illinois and Eastern District of New York, which include sex trafficking, racketeering and child pornography.

He’s also facing a slew of state charges connected to sexual misconduct in Illinois and Minnesota. He’s pleaded not guilty to the charges and is currently behind bars at the Metropolitan Correctional Center in Chicago.

As for Savage and Clary, they’re also trying to secure talent managers to begin Hollywood careers for themselves but haven’t been successful so far.

Both women have been making headlines since they’ve were accused of being Kelly’s sex slaves, and their parents have begged them to come home.

But all along Savage and Clary have said they’re with Kelly by choice, and they’ve blasted their parents for suggesting otherwise to the media.