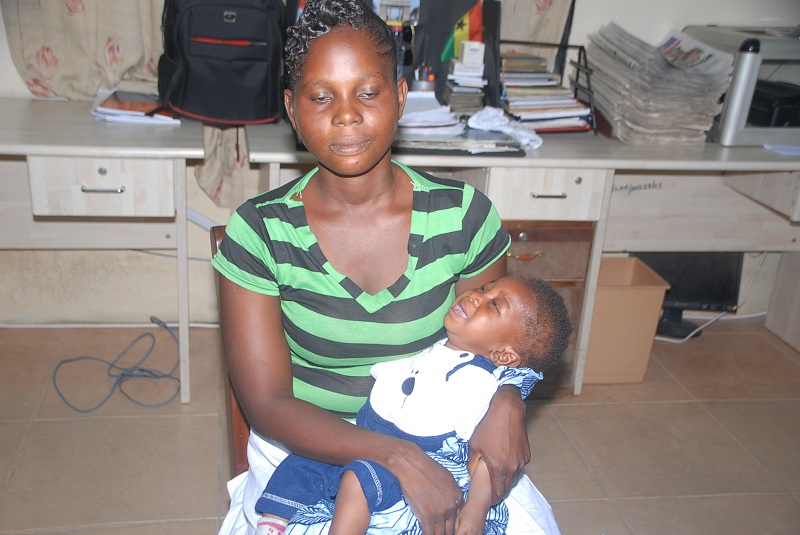 A six-month old baby, Nhyiran Ampofo, needs financial support to undergo excision of a sublingual cyst to correct his eating and breathing system.

A letter signed by Dr Dominic Avogo, a Maxillafacial surgeon at the Korle Bu Teaching Hospital stated that the estimated cost of the surgery would require a total of GH¢2,700.00.

According to the mother, Christiana Ametepee, currently she was a single mother and unemployed.

She brought the child to New Times Corporation, publishers of The Ghanaian Times, to appeal for help and said the baby had a swelling in the floor of the mouth that interfered with his breastfeeding and breathing soon after birth.

She said the swellings progressively increased in size and the child was only able to be fed a little while the breathing became difficult to the point of gasping for breath.

Ms Ametepee said when the cyst was discovered early at birth, there were under observation for six months after which a decision could be taken for an excision.

She said the child was in his six month, which was the expiry timeline for an immediate excision to correct the abnormality, which comes with dire consequences if left untreated.

The Ghanaian Times is, therefore, appealing to individual public spirited Ghanaian philanthropists, religious bodies and corporate Ghana to come to the aid of the baby.