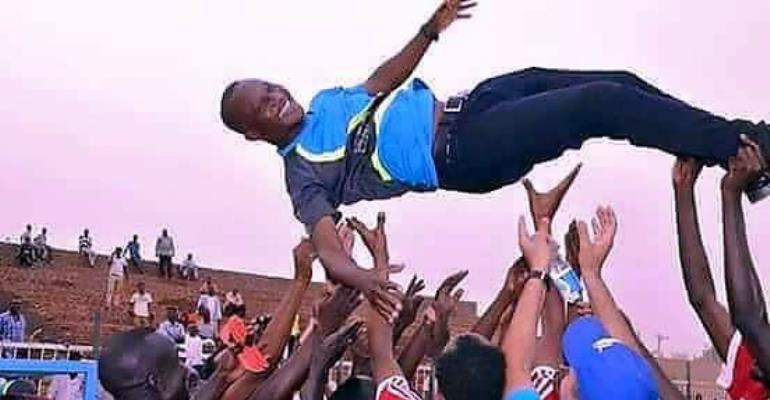 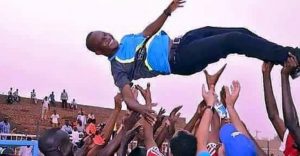 Sudanese side Al Khartoum have given their Ghanaian coach Kwesi Appiah a rousing farewell as he departs to coach the Ghana national team.

Appiah was lifted shoulder high by players and officials of the Khartoum-based club after the weekend’s league game.

The team used the public gesture to express their gratitude to the coach for moulding them into a winsome side after nearly three years at the club.

The Ghana Football Association (GFA) re-appointed Kwesi Appiah as the coach of the Black Stars last week and the game on Sunday marked match before he travels to his home country.

Appiah, who will also take charge of the national team for locally-based players, has been offered a two-year contract to start work 1 May.

He replaces Avram Grant who stepped down as coach after the 2017 Africa Cup of Nations.

Since leaving the Black Stars following a poor World Cup campaign, he has been coaching Sudanese side Al Khartoum.

The Black Stars failed to get out of the group at the World Cup in Brazil and were also beset by off-field problems with players being expelled from the team and a row over pay.

Ghana’s first qualifier for the 2019 Africa Cup of Nations is in June when they host Ethiopia, the other teams in Group F are Sierra Leone and Kenya with only the pool winners guaranteed a place in Cameroon.

Appiah will also be trying to reach his second consecutive World Cup finals in Russia in 2018.

Ghana currently have just a single point from their two games so far in World Cup qualifiers leaving them five points behind Group E leaders Egypt.

Uganda and Congo-Brazzaville are the other two teams in the group.