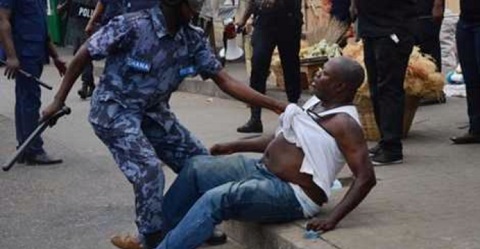 A group of armed men suspected to be land guards who besieged the Tetegu Electoral Area in the Weija-Gbawe constituency to foment trouble have been arrested by the Police.

Reports say the men who stormed the polling station in a green pick up vehicle started harassing voters in queues, which prompted the Police to move in to stop the suspected land guards from frustrating the voting process.

It is unclear the motive of the group of men, but residents suspect the men were deployed to the place by the New Patriotic Party(NPP) parliamentary candidate,Tina Mensah.

Two men were picked up by the military at the scene.All tension that emerged in that particular polling station have been quelled.