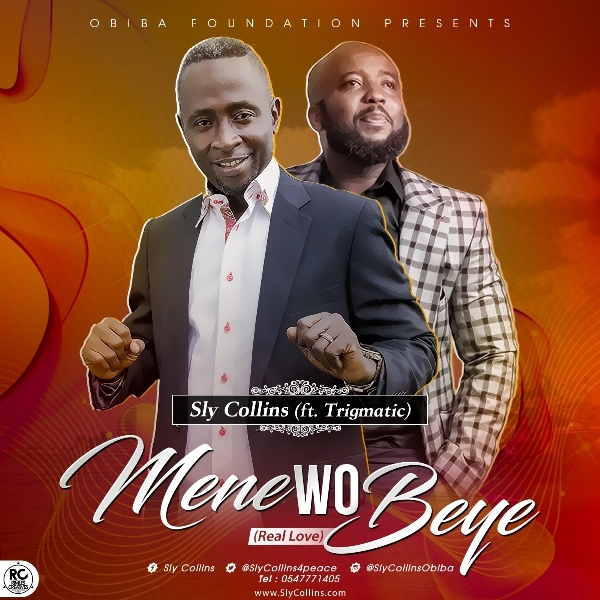 Trigmatic made a surprise landing on Sly Collins’ new single “Mene Wo Beye” ahead of the official album release by Sly Collins on November 19.

With the album titled “Reality”, the album would come with a mega concert at the Efua Sutherland Children’s Park in Accra on the stated date – same day also climaxes the “Ghana + Peace” Campaign championed by Obiba Sly Collins for the past months across all the Regions of Ghana.

This new single is a classic Highlife song produced by Obiba Sly Collins himself in JMorg Studios, all instruments were played LIVE in the recording studio.