US Medical Team In Ghana To Provide Free Health Screening

A Corp of medical practitioners from the United States is in the country to extend medical care to children in a number of underserved communities within the Greater Accra region.

The team of about 25 medical personnel, comprising Ophthalmologists, Dentists, and Obstetricians as well General Practitioners (GP), is being supported by local volunteers to deliver healthcare to thousands of households.

The exercise, which commenced in Ashaiman on January 8, was extended to communities in the Ningo-Prampram district, with the support of the Sentse [regent] of Prampram and the MP for the area, Mr Samuel George Nartey.

The group is expected to end its medical mission trip on Saturday with a visit to the Sekondi prison where they will donate sanitary items to female inmates.

Beneficiaries in the Lekpongunor community and its environs on Tuesday, January 9 received attention for various medical conditions including conjunctivitis, worm infestation, ulcers, and malaria, among others. They were also given free dental and ophthalmological care.

This is an annual exercise which has run for the past three years and is coordinated by the Amazing Grace Children’s Foundation (AGCF), an America based charity led by Mrs. Gloria Nimo.

The organisation, whose ultimate goal is to help reduce infant and maternal mortality rates in Ghana, is already engaged in an ongoing project to build an ultra-modern Children’s hospital in Prampram towards attaining this goal.

This is a project in which the MP for the area has shown profound interest and is partnering with the traditional authority in the area to bring to fruition.

This hospital, which would be the second such facility in the country after the Princess Marie Louise Children’s Hospital in Accra, would also serve as a research centre for paediatrics in the country.

MrsNimo, speaking to journalists on the third day of the medical outreach held in Lekpongunor, stressed the need for Ghana to increase efforts at reducing infant and maternal mortality to meet the Millennium Development Goals.

She said, in order to have healthy adults in the future, special attention ought to be paid to the medical needs of children and must be top of the health agenda of successive governments.

She bemoaned the alarming rate of infant and maternal mortality in the country, attributing it to the lack of specialized facilities and personnel.

“Children’s healthcare is very delicate and requires special attention and training. This, however, seems to be lacking in this country, and our mission is in response to the situation”, she said.

She further stressed the need for the establishment of medical facilities across the country to deliver quality healthcare, particularly to women and children, saying that would help Ghana reverse the trend of infant and maternal deaths.

Miss Jessica Jaffe, a volunteer on this year’s mission told of her excitement at being a part of the exercise and was pleased with the amount of information she had gathered from the communities.

She also said she looked forward to more of such opportunities in the future.

Madam Dora Narh, a nursing mother, expressed her gratitude to the outreach team for giving her child medical care which she otherwise would not have had access to.

Meanwhile, Mrs. Nimo has said her foundation shall work hard to mobilise resources to see to the completion of the hospital.

She has thus called on the government of Ghana, Corporate bodies and other NGOs to come on board to help complete the project. 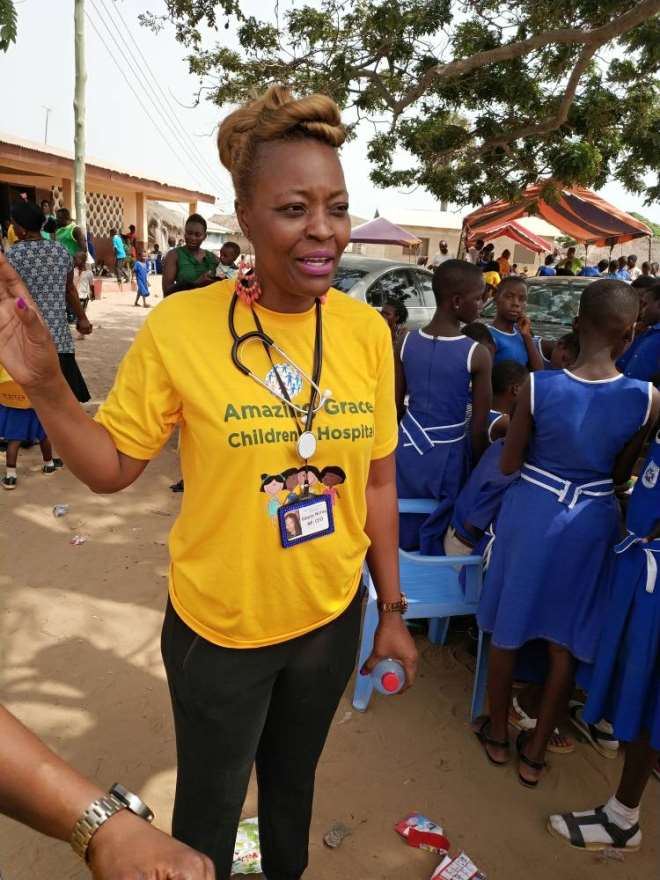 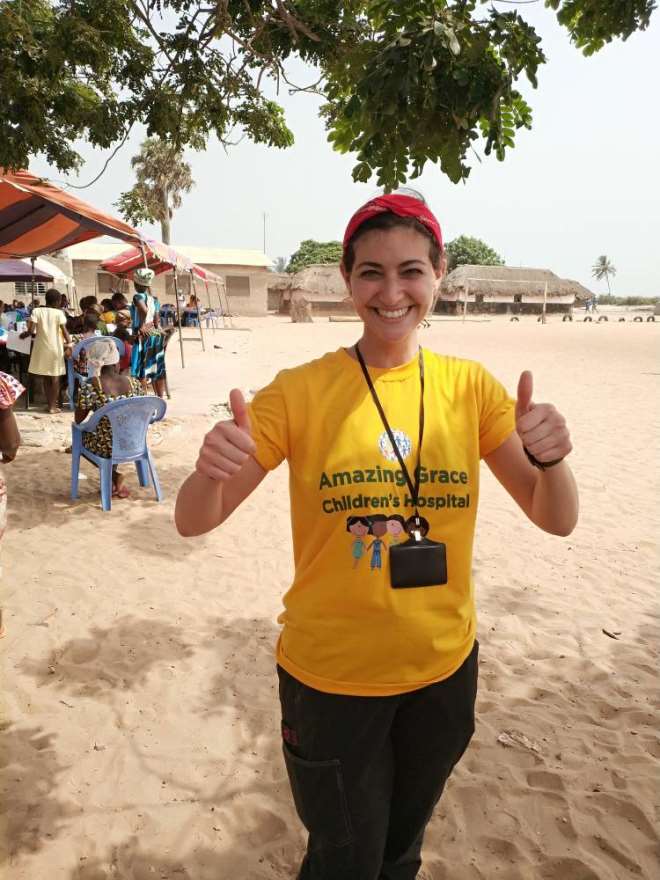 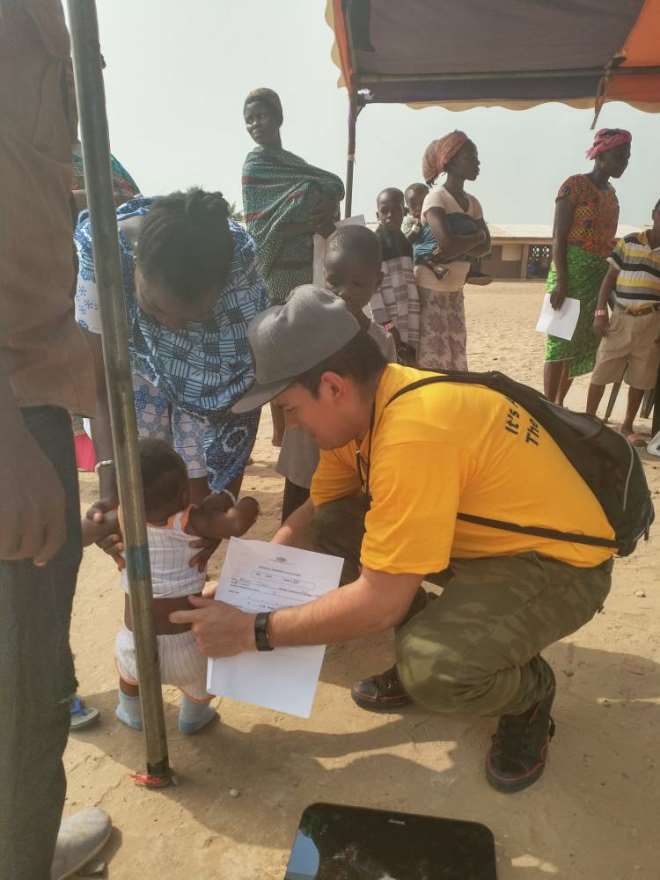 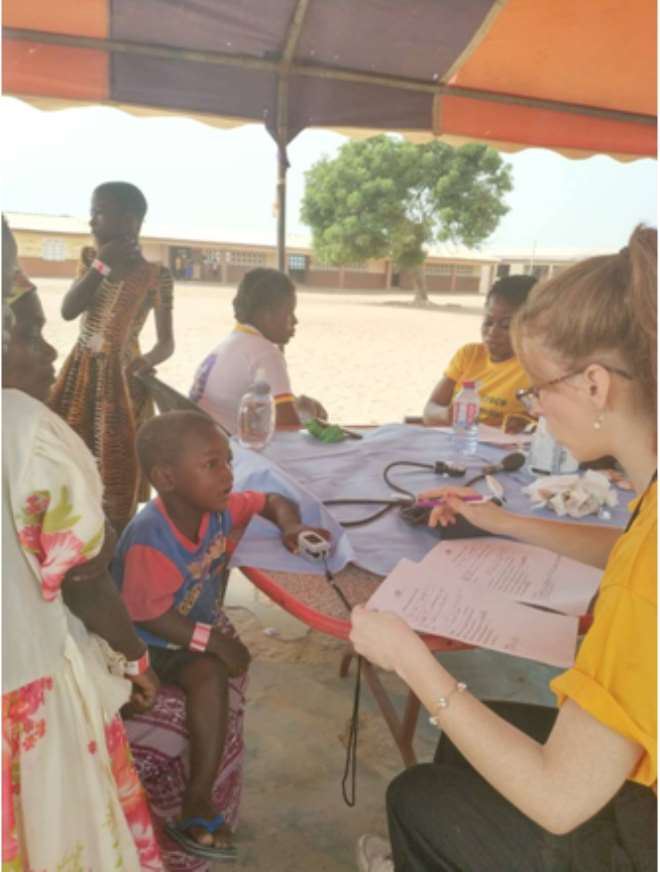 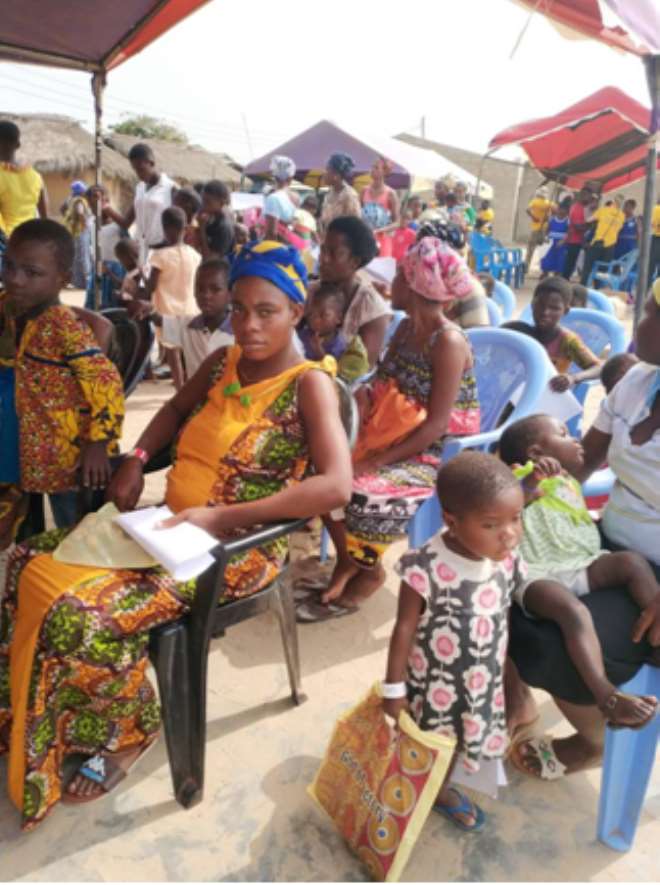