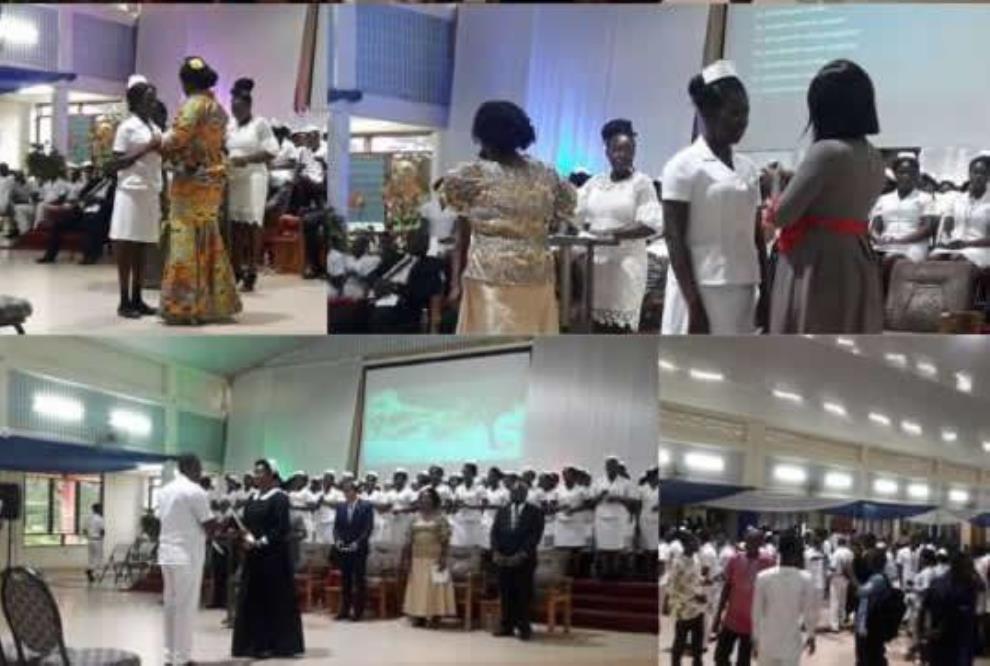 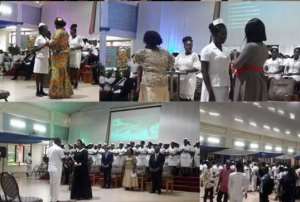 The Department of Nursing at the Valley View University (VVU) on Saturday inducted 112 nurses with a pinning ceremony organised for them to be ushered into the profession.

The pinning ceremony, which preceded their graduation on Sunday, afforded the inducted nurses, the opportunity to later on, write their licensure examination with the aim of becoming registered nurses.

Dr Nate Brandstarter, the President of Kittering College of Medical Arts in the United States of America speaking on the topic: “Serving the Interest of Others”, urged the inductees to uphold the core values of the profession.

Dr Brandstarter made his remarks from Luke 10: 30-37, where Jesus Christ narrated the parable of the Good Samaritan, which depicted the love for neighbours as oneself and urged the inductees to work with the parable in all they would do in life.

He said, serving others did not only mean delivering their skills, but serving with a proper motive was the best to achieving success in their chosen field adding that: “the sense of motive is the deepest secret of all… it is a secret you will keep between you and God”.

He believed that God wanted a kind people who would serve but those that wanted to be served saying that, just as Christ Jesus came to serve the world and did not seek the world to serve him, so must it be.

On his part, Professor Daniel K. Bediako, the Vice Chancellor of VVU urged the inductees to go out and become exceptional nurses since the character of the nurses in present times had become a major problem to patients.

He urged them to live up to expectation with the trainings received from the University saying that there was the greatest call on them to represent VVU, parents and Ghana at everywhere they found themselves serving as nurses.

He challenged the 2018 inducted nurses to get a hundred pass in their licensure examination to make parents and the school proud of the efforts and resources invested in them over the years.

In an interview with Ms Dorothy Baffuor Awuah, the Patron for the 2018 Class of said the inducted nurses were prepared to serve as nurses and help in the administration of health in Ghana and the world at large.

She said the Florence Nightingale simulation pinning ceremony was to introduce them to the world that they had been prepared to receive licenses as nurses adding that she was hopeful of seeing all the 112 inducted nurses sail through their licensure examination.

As part of the ceremony, the inducted nurses were pinned by various designated registered nurses across the country.