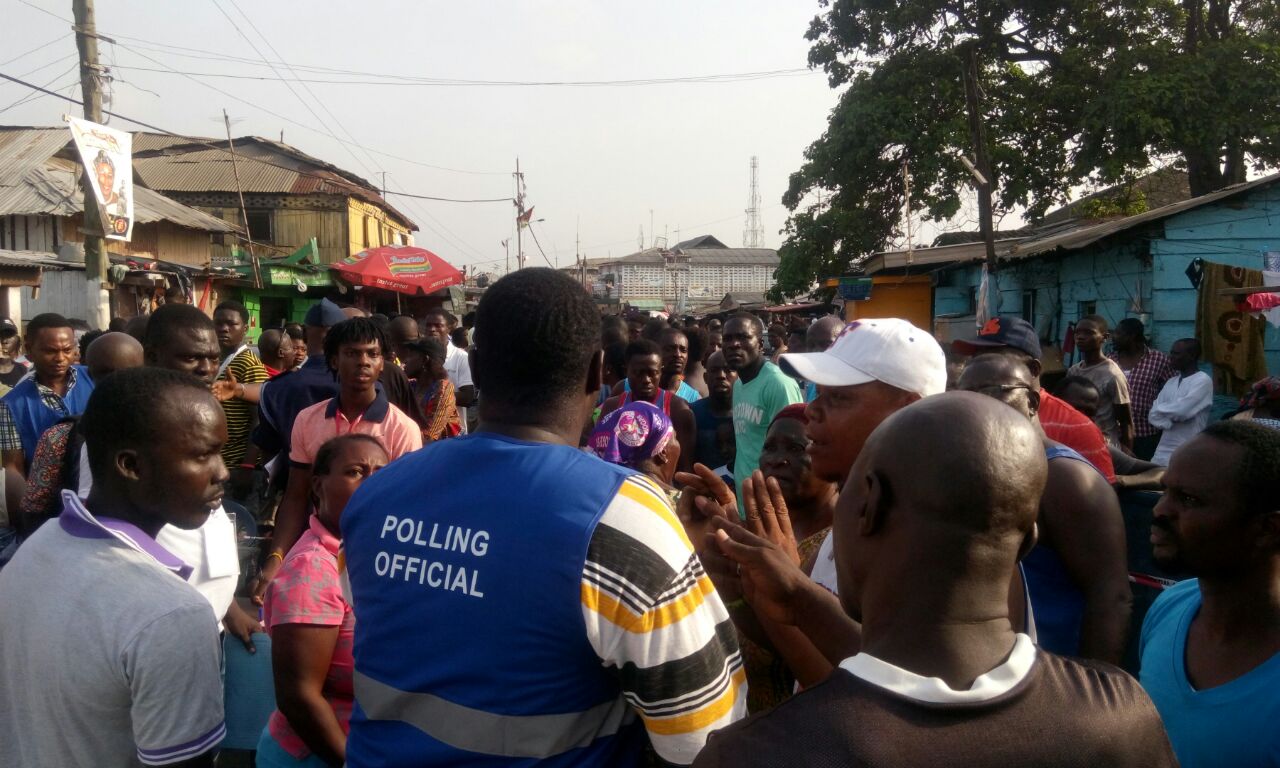 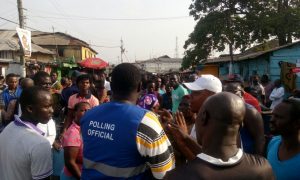 Voting has been halted at the Sakumo tsoshishi polling center in Accra after chaos erupted between supporters of the NDC and NPP there.

According to Starr News’ reporter Alice Ayeetey the confusion broke out after an NDC polling agent attempted to help an aged voter through the voting process upon request.

The action apparently provoked supporters of the NPP who suspected foul play.

The police have been called in to resolve the matter and restore calm at the center.

Voting is underway across the country as Ghanaians go to the polls to elect a new president and 275 lawmakers.

It is the seventh time the young oil-producing West African country is going into an election under the Fourth Republic of the existing 1992 Constitution.

Seven presidential candidates including incumbent John Dramani Mahama of the National Democratic Congress (NDC) and main opposition leader Nana Akufo-Addo of the New Patriotic Party (NPP) are contesting for the seat of government – the Flagstaff House.