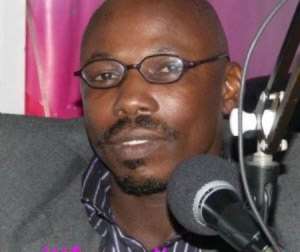 A leading member of the opposition National Democratic Congress (NDC), Mr. Dela Coffie has asked why former President John Mahama should lead the NDC again in 2020 upon the abysmal performance at the 2016 polls.

Mr Coffie came under serious criticism after declaring the coming back of former President John Dramani Mahama would be doom for the NDC party.

In a sharp rebuttal, Mr Dela Coofie said, “people are dying to hear a very strong argument that completely nullifies the argument being put forward by those of us on the other side”.

He asked, ” am i a traitor for being critical of the fact that some people want to bring back a candidate that has not served the party well in the last elections?”.

Dela Coffie who was once the communications director for Friends of Nana Konadu Agyemang Rawlings, FONKAR has been calling for new presidential candidate for the NDC.

Below is the rebuttal of Dela Coffie:
Dela Coffie writes!
So, I came across one of those intellectually lazy rebuttals to my earlier article from a supposed leading light among the latter day appostles of John Mahama. Indeed, it was a jaw dropping experience reading that piece. And to think that such a hollow write up could come from a trained legal practitioner beats my mind.

In his attempt to rubbish my article, this sleazy writer with scant regards for substance says some appointees of Rawlings were imprisoned but it never damaged Prof Mill’s candidature and so prosecution of former president Mahama’s appointees won’t affect his come back in 2020.

You see the level of their thinking?
Did Rawlings contest elections after the prosecution of his former appointees? Did he loose election as a sitting President based on a corruption rhetoric as propagated by the then opposition? And was Rawlings humiliated at the polls with an embarrassing outcome?

Can’t these John Mahama minions even attempt to try and make an argument or defend their blind allegiance? Have their brains all rotted that much?

In any event, shoudn’t we be looking at a meaningful ways to discuss the prudence in bringing JM back after such an abysmal performance at the 2016 polls?

I have been asking legitimte questions over the last few months as to why folks want the return of JM after his overwhelming rejection at the polls. Till date, not a single chronicler of the Mahama court has been able to put together a compelling advocacy in support of his comeback.

I almost passed out when I took a second look at the attempted sophistry by this young lawyer loyalist of JM. His article on “brain power” lacked the scholarly patina, and could not even appeal to preschoolers.

Intriguingly, those who have never picked up a pen to put together intellectual work worthy of critique are the ones who engages in behaviours that are untypical of engaging minds.

And this ingrate have the effrontry to call me a traitor for expressing dissenting opinion on John Mahama’s 2020 comeback?

scholarly work worthy of intellectual discussion? What makes me a traitor for questioning the status quo that Ghanaians have roundly rejected?

I am a traitor for being critical of the fact that some people want to bring back a candidate that has not served the party well in the last elections?

So whoever offers critique of JM2020 comeback is a hater, traitor and an enemy?

We hate him and yet stood by him and championed his 2016 candidature and re-election bid?

What is it with this twisted mentality with which some people do their politics in this country?

It has been my experience that JM loyalists are universally incapable of accepting obvious truths about him and, by extension, themselves, rendering any discourse pointless.

Not only is their unrefined gatekeeping attitude a disgrace to our party, it also exposes to the larger public the level of our intellectuality, and crudity in accommodating opposing views.

Let it be known to them that some of us were raised to always think outside of the box and never be a sheep. I am not afraid to debate anyone. I don’t cringe in the face of controversies. In my world, no topic is a taboo, no matter the discomfort it creates.

Indeed, I am not a pleaser, and I don’t give due consideration to party folks who have tried, without success, to twist our hands to tinker with issues that affect our collective good as a party.

If you are a believer in JM2020 agenda, and want voters and potential voters to support John Mahama’s candidature, put forward a very convincing and cogent argument in support of him.

People are dying to hear a very strong argument that completely nullifies the argument being put forward by those of us on the other side.