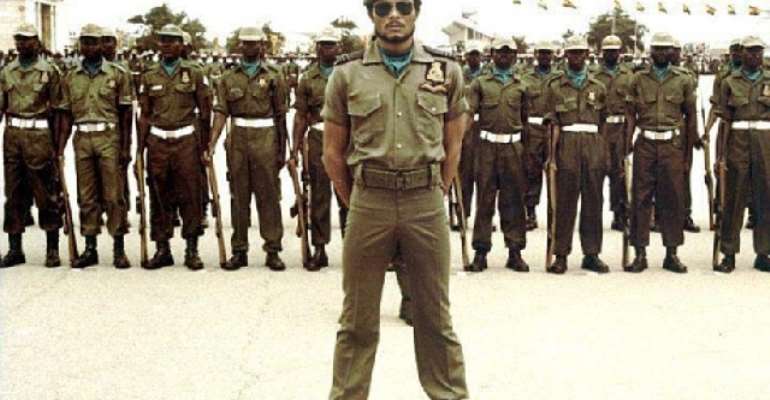 In a tribute to her father at a ceremony organized by the Cuban Trained Ghanaian Graduates Association (ESBECAN) to honour his memory, Yaa Asantewaa Rawlings eulogised the late Mr Rawlings for stepping forward to correct the wrongs of society in 1981.

According to her, Jerry John Rawlings had resisted the decay of the moral fibre of the Ghanaian society despite the sacrifices made during the 4 June 1979 uprising and had to intervene to halt the downward spiral of Ghana’s progress.

She recounted the days of “profiteering by government officials at the expense of the poor; rotten cocoa beans in the hinterlands with no vehicles and roads to convey them to the ports”; “sale of essential commodities above approved prices and the award of contracts to Government friends and cronies” which forced Mr Rawlings to overthrow the Liman Government.

These crimes against the State, according to Yaa Asantewaa Rawlings, stripped the nation of its dignity as a result of “the raping of the integrity of Ghanaians by politicians who denied the ordinary citizens their rights to social justice”.

She noted that the Military Intelligence (MI) at the time, wanted to assassinate Rawlings, a man whom she described as refusing to watch the moral fabric of the state crumble while doing nothing to correct the anomaly.