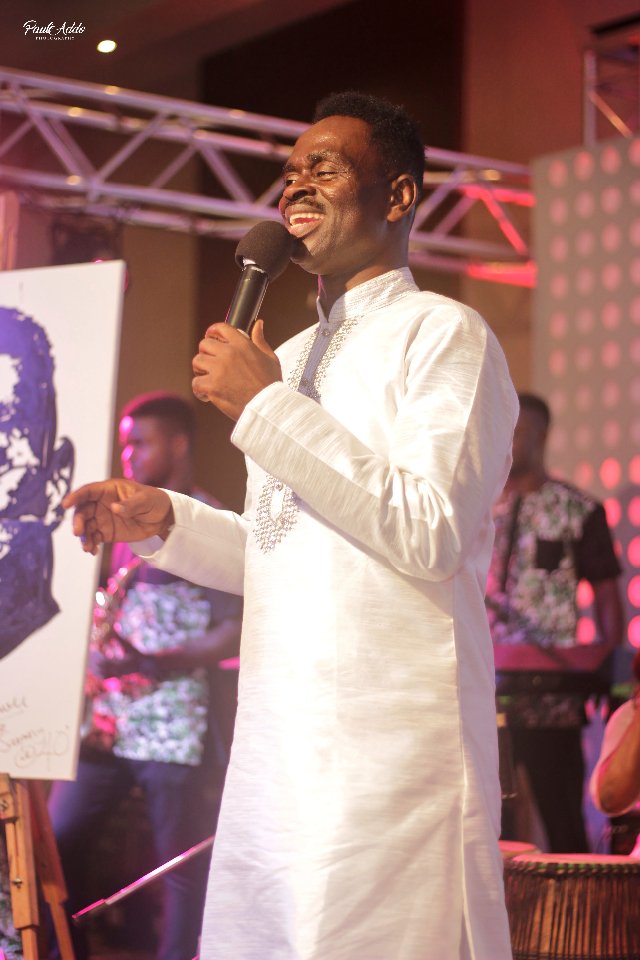 Veteran gospel musician, Yaw Sarpong has hinted of a collaboration with the boss of SarkCess Music, Sarkodie.

The “Wo haw ne sen” hitmaker disclosed that he listens to Sarkodie’s music a lot and is looking forward to a collaboration with the ‘Mary’ singer.

In an interview with Showbiz Yaw Sarpong said, “Sarkodie is one of the musicians I admire so much and the two of us are in talks for collaboration soon”.

Interestingly, Yaw Sarpong stated that most of the secular music out there are better songs than a lot of the gospel music tracks.

He mentioned that King Promise’s’ ‘CCTV’ and Sarkodie’s ‘Adonai’ are some of the secular songs with refined lyrics which most of the gospel songs out there cannot rub shoulders with.

The ‘evergreen’ gospel musician is currently preparing to launch his 26th album titled “The Nine”.