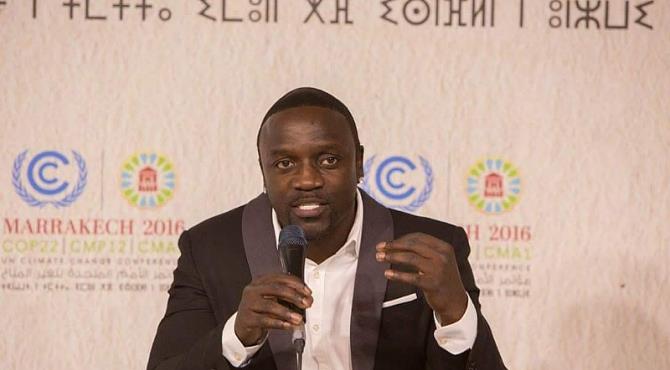 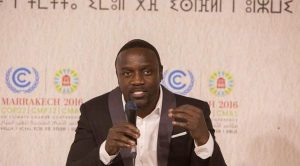 The American singer and producer of Senegalese origin has been in Marrakech since Saturday, where he attended the Grand Prix of Formula E, a race of electric cars, stadium Moulay El Hassan.

The 43-year-old artiste, known for his commitment to the electrification of Africa through his Akon Lighting Africa foundation, was on Monday with Salaheddine Mezouar, President of COP22, and Eric Rondolat, The international company of connected light systems Philips Lightings, at a press conference. “I’m not here to give lessons but to learn things myself,” he said straight away. “I am very pleased to participate in COP22, but it is important to put ourselves in the shoes of people who do not have access to all the information we receive here,” he added, Call for “finding more solutions” in order to implement the Paris climate agreement. Akon, who had already visited Morocco for the Mawazine festival in June 2015, delivered a humanist message at the press conference. “Future generations must be our number one priority,” he said, himself a father of six.

…We need to make them aware of environmental issues, and business must go beyond humans, and only with a human perspective will we succeed,” he added.

Launched in 2014 with $1million in funding, the Akon Lighting Africa initiative aims to electrify several million African villages with solar energy by 2020. The rapper made a major tour in 2015 Countries to promote its project.

100,000 solar street lights and 1,200 mini-solar networks have already been installed in 480 localities in some fifteen African countries such as Mali, Niger, Benin, Kenya and Senegal. A dozen other countries are expected to benefit from the program by the end of the year.