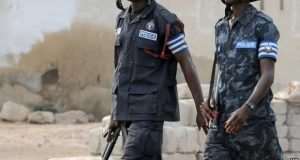 The clashes which occurred last night at about 8:30 pm, left several others with cutlass wounds.

The leader of “Jamaican Youth”, one of the groups, Alhaji Abdullah Abubalari, told Citi News that he received a call from one of his boys that “they were being attacked at Zongo.”

“When I got there, five of my boys were in a pool of blood as a result of the gun and cutlass wounds they received. So we took them to the hospital. We were there, and some others were brought.”

He said the matter had been reported to the Upper West Regional police command.

Citi News checks at the Upper West Regional Hospital revealed that a total of 21 people were last night sent to the facility for medical attention.

Sixteen of them were however discharged, leaving five who are in critical condition.

The leadership of “Z-town,” the group alleged to have initiated the attack are tightlipped over the matter, but Citi News sources indicate that the two groups were fighting over the supremacy of illegal mining operations in the Upper West region.

Friday’s incident was the second after members of Jamaican Youth, in 2015 beat and stripped naked Ibrahim Salih, one of the leaders of Z-town.

It is unclear whether yesterday’s incident was a payback of the 2015 incident, but there are fears that there may be reprisal attacks in the coming days.

Meanwhile, the Upper West Regional Police are investigating the matter.