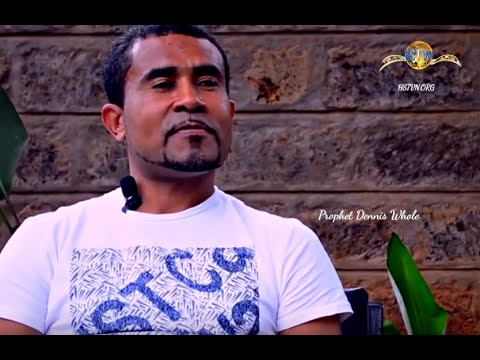 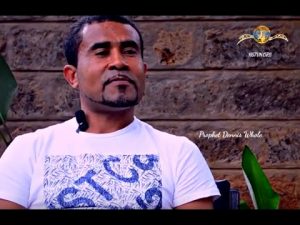 Nairobi based Ghanaian international Preacher and Prophet, Dennis Whole Asante has per revelations from God disclosed that, the 2016 General elections in Ghana will be full of strong spiritual tussles.

The man of God who has also on several occasions revealed that, Mahama will win the presidency with a huge margin cautioned the National Democratic Congress not to entirely rely on human ideologies, manifestoes or campaigns but focus on prayers.

He, however has still maintained his position that, President Mahama has already retained the presidency and nothing can hinder it.

In an exclusive chat with FrederickNoamesi.Com, Prophet Dennis Whole has given the entire outlook of the December 7th polls in Ghana from the spiritual and physical points.

“Per our discussions about this year December 7th Elections, as I have already told you that President Mahama will emerge the winner but this year’s election is full of strong spiritual tussles.”

“It is the hard time politicians and political parties should understand that it is God Who enthrones and dethrone.”

“Manifestoes,Campaign policies,and campaign messages do not matter this year but there is a strong spiritual wave blowing and it is blowing heavily upon the land of Ghana,spiritually things are very tense,even though the President Mahama must emerge the winner but he must also understand spiritual principles and directions.”

“Moses was sent to go and redeem the children of Israel from Goshen to the promise land but Moses did not take it easy,whatever miracle he performed Pharaoh’s magicians also performed same.”

“It is hard time the ruling party and the party supporters go on their knees to pray intensively to avert every eventualities if only the want the President to win hands down,they shouldn’t go by human ideologies and sentiments and only go by what the physical eyes can see and what the physical mind can think.”

“Many people may insult true prophets of God and can say all manner of things but whether they like it or not they can’t beat the dealings of the spiritual.The canal man cannot overthrow what have been established spiritually.”

“I also sign a caution that let many children and be careful of their lives before this elections because many sacrifices will be made through blood rituals.”

“There have been many elections in the country but this year’s election is totally different and it is going to cause a whole lot if prayer is not made.”

“There is also a plan of sharing of power if the NPP does not win and am speaking it boldly without fear or favor, want to warn against chaos in the country and everyone should be alert and vigilant in prayer so that the country does not escalate in war.God must surely intervene and redeem our dear Nation Ghana.”

“But still want to repeat than the NDC shouldn’t think that it is what they will say or do on their campaign platforms that will make them win, so it is a hard time they know what is on ground and know what to say and to be sincere some of the NDC communicators and leaders do not respect God at all and they ignorantly say what they don’t know and also go about insulting other true men of God.”

“It is not the president who rules the land oo but it is rather God and His chosen ones that is holding the country’s destiny.”

“Now all the leaders of the NDC should go on their knees and seek for God’s guidance and directions to know what to do.The kind kind of spiritual wind of confusion blowing is serious and many will enter into the ballot boxes and suddenly their minds and decisions will change to vote for another person and this is what is going to happen.”

“There is alot of spiritual incantations and enchantments going on and the physical mind cannot overcome this.”