Two Professors Honoured For Their Contributions To Agriculture 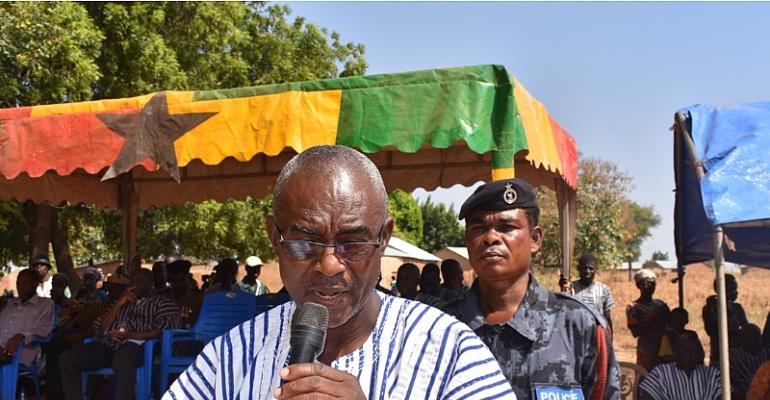 The two Fellows in academia have defied the erroneous impression that farming is the prerogative of illiterates and rural dwellers, by venturing into Commercial Farming in the Nandom District of the Upper West Region.

Professor Kuupole who together with his wife recently donated a Library to his community of birth, has in the last ten years established about 10 acres of Banana Farm. The University Don is also into Teak and food crop cultivation along the banks of the Black Volta.

Professor Juventus Benongle Ziem is also a Commercial Farmer who has cultivated about 7 acres of Banana Farms, 22 acres of Cashew and a number of acreages of Mangoes and food crops.

Both Professor D. D. Kuupole and Professor Juventus Benongle Ziem through their Commercial Farming activities in Nandom, have created Hundreds of direct and indirect jobs to the Women most especially and the teaming youth of Nandom and its surroundings including nearby Burkina Faso.

Hitherto, no one envisaged that Banana could be cultivated commercially in the Western Savannah area of northern Ghana. These two gentlemen however, proved all doubters wrong with this innovation through irrigation in the Nandom District.

In an address, the District Chief Executive for Nandom District Mr Thaddeus Arkum Aasoglenang, said, the activities of the two gentlemen, is in tandem with the Agricultural Policies of the NPP government led by His Excellency Nana Addo Dankwa Akuffu Addo. He said the PLANTING FOR EXPORT AND RURAL DEVELOPMENT, is a policy which intends to replicate what the University Professors are already involved in in the last few years.

Mr. Aasoglenang said it is appropriate that these two innovative and enterprising sons of Nandom are being recognized and awarded for their contribution to Agriculture development in the District. He urged all farmers and entrepreneurs in the District to take advantage of government’s intervention in Agriculture to boost their agricultural production. Mr. Aasoglenang said “Farmers must also adopt good agronomic practices and eschew negative tendencies that will derail the investments by government and other organizations in the sector”.

Mr. Aasoglenang said the theme for this year’s Farmer Day Celebration “AGRICULTURE, MOVING GHANA BEYOND AID” is not only appropriate, but timely.
He said governments PLANTING FOR FOOD AND JOBS progarmme, has yielded impressive results since its role out. “Following the implementation of the Planting for Food and Jobs programme, the Agricultural Sector performance witnessed a growth rate of 8.4 % in 2017. This was after almost a decade of erratic sector performance with an average growth rate of 3.4%” he said. 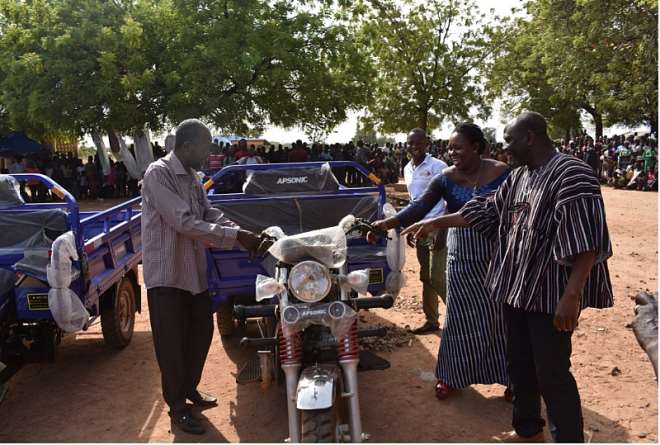 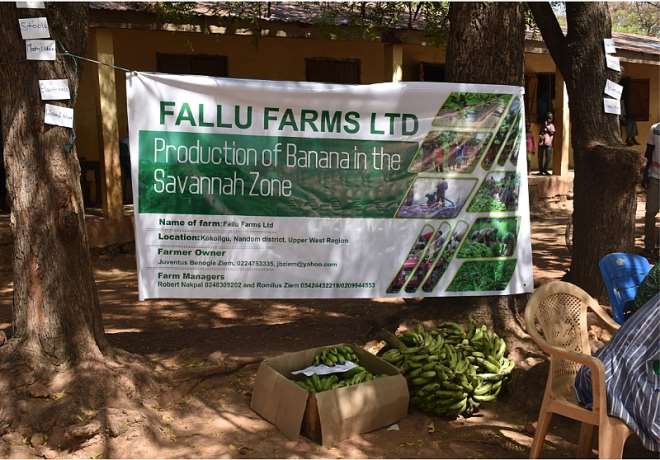