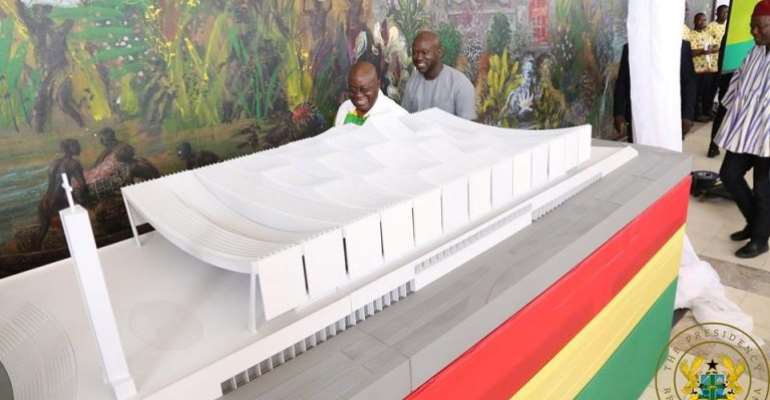 President Akufo-Addo will today, March 5, 2020 cut sod for the construction of the National Cathedral.

Though the cost of the project is unknown, the Board of Trustees says it will be funded through private contributions.

President Akufo-Addo has been criticized for his decision to build a National Cathedral in the face of numerous challenges facing the country.

Some persons who went to court to challenge government’s decision to champion the project have not been successful.

At a recent public event, President Akufo-Addo said the construction of the cathedral was a fulfilment of a promise he made to God in the run-up to the 2016 election.

The interdenominational Christian Cathedral, when completed, will have a 5,000 seating capacity with chapels, a baptistery, a music school, an art gallery and a Bible museum.

The monument is expected to be put up within the next five years.

The government announced plans to construct the cathedral to serve as a national non-denominational Christian worship centre for Ghana.

Nine justices of the Court of Appeal as well as other judicial staff occupying bungalows around the site earmarked for the project were asked to vacate to make way for the construction of the 5,000-seater capacity facility.

They are to move into temporary residential buildings pending the construction of some 21 new bungalows on the Second Circular Road – Cantonments in Accra.