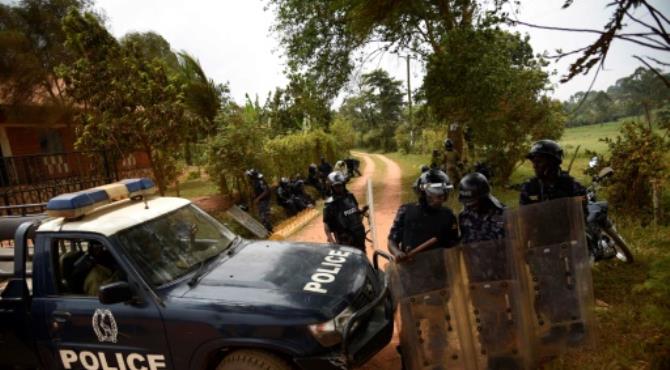 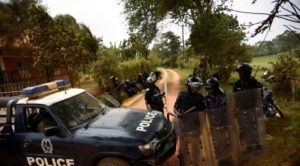 Kampala (AFP) – Amnesty International on Monday denounced as “shocking” weekend clashes between security forces and royal guards in Uganda which left 62 dead, saying many victims appeared to have been executed.

The bloodshed, which took place in a traditional kingdom in the west, broke out when a joint patrol of police and troops was attacked by the royal guards in the town of Kasese.

The clashes continued into Sunday until police stormed the palace, arresting King Charles Wesley Mumbere of the Rwenzururu kingdom.

Speaking to AFP on Monday, police spokesman Andrew Felix Kaweesi said the intial death toll of 55 had risen to 62, including 16 police officers and 46 royal guards.

The royal guards are believed to be part of a militia agitating for the creation of an independent republic straddling Uganda and the Democratic Republic of Congo.

Police said the king had been taken into custody in Kampala, with another spokesman telling NTV television that 139 royal guards had been arrested,

The violence drew a sharp reaction from the London-based rights watchdog, which said emerging evidence suggested some of the victims had been shot after their arrest.

“The full picture of the weekend’s events is yet to emerge, but there appears to be shocking examples of unlawful killings and a complete disregard for human rights during the arrests,” said Abdullahi Halakhe, Amnesty International’s East Africa Researcher.

“In a shocking display of heavy-handedness, many people appear to have been summarily shot dead and their bodies dumped.”

Uganda’s main opposition leader Kizza Besigye shared gruesome images circulating on social media which appeared to show dozens of bodies piled up in front of the palace gates, condemning the “massacre” on Twitter.

“Although we have been unable to determine exactly what happened yesterday, we are concerned about the excessive loss of life,” he said.

He also said Joy Doreen Biira, a local journalist covering the violence, had been arrested on charges of “complicity with terrorism” with police searching her home for photographs.

Brigadier Peter Elwelu of the Ugandan army told NTV that the militia had been carrying out sporadic attacks on the government and civilians since 2014. Ugandan policemen guard a checkpoint on the outskirts of Kampala, in February 2016

“We kept on watching this group, we kept on reaching out to them. Things were not working out and we had to take a decision,” he said.

Elwelu said President Yoweri Museveni had phoned the king on Sunday morning and ordered him to rein in his guards.

“We gave him an hour, it elapsed. So the president again called — gave him two more hours (saying) ‘please, sort this out’,” said Elwelu.

“So we had no option, after that we had to storm the palace and get these terrorists, and that is what we did.”

The king has denied any links to the separatists.

Speaking to AFP on Monday, Interior Minister Jeje Odongo accused him of wanting to start a war.

“From what was recovered from the palace, the weapons used and the people, you clearly see that King Mumbere wanted to wage a war against the government,” he said.

The Rwenzururu kingdom, of the Bakonzo tribe, is a modern one.

It began as a separatist movement of the same name when the Bakonzo — tired of being subjected to the rule of another tribe given preference under British rule — declared its own kingdom in 1962.

The move led to years of bloodshed until a settlement was reached in 1982 in which the movement laid down arms in return for a degree of local autonomy.

Museveni officially recognised the kingdom in 2009.

However, many in the region still feel marginalised by the government and want to create their own state known as the Yiira Republic, uniting the Bakonzo and its sister tribe, the Banande, in neighbouring Democratic Republic of Congo.

They share a common language and culture, and are believed to stem from one people known as the Ba-Yira.