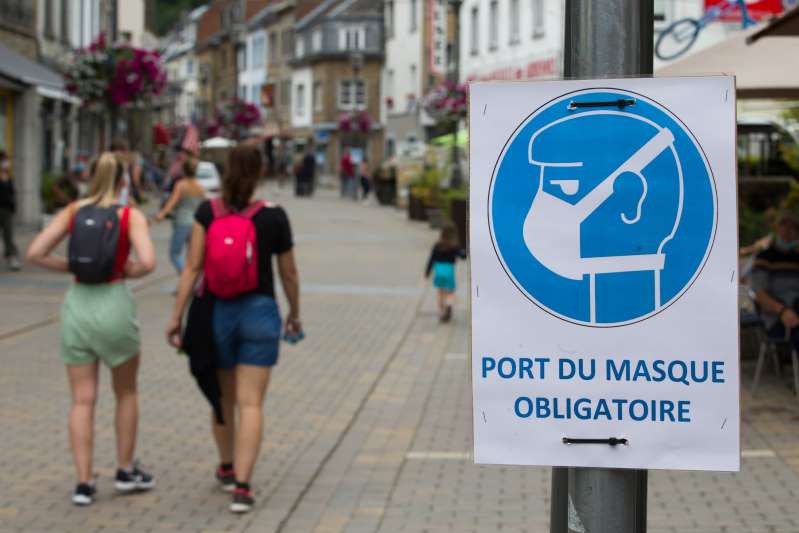 New coronavirus infections are being detected at a higher rate in the Brussels-Capital Region than in any other part of Belgium.

Professor Dirk Devroey of the Vrije Universiteit Brussels (VUB), a flu expert, has been tracking the emergence of new coronavirus cases through a VUB-supported website which draws from data made public by Sciensano, the federal health institute.

Devroey said that a steady rise of the number of new cases per 100,000 inhabitants, or incidence rate, since the start of the week spelt trouble for the capital region.

“On Monday we were at 36 in Brussels, yesterday at 37 and today we are at 42. The curve is slowly rising, but it is rising,” he said on Thursday.

At the current rate, Devroey said, Brussels’ incidence rate could reach an alarm threshold of 50 cases per 100,000 inhabitants —the same on used in Germany— in two days’ time.

But, based on the alarm threshold used by Sciensano (20 new cases/100,000 inhabitants), a majority of Brussels municipalities are already past the point of alarm, with only Watermael-Boitsfort and Woluwe-Saint-Pierre still below it.

New cases are surging in of Saint-Gilles, where local authorities have imposed a face mask obligation in all public places after the incidence rate hit 66.

Figures published by Sciensano showed that the average number of new cases in Brussels increased by 148% in the past seven days.

A regional security council in Brussels on Thursday will gather regional authorities and mayors of the 19 municipalities to discuss measures to curb the rise of new infections, with a press conference set to take place at noon.