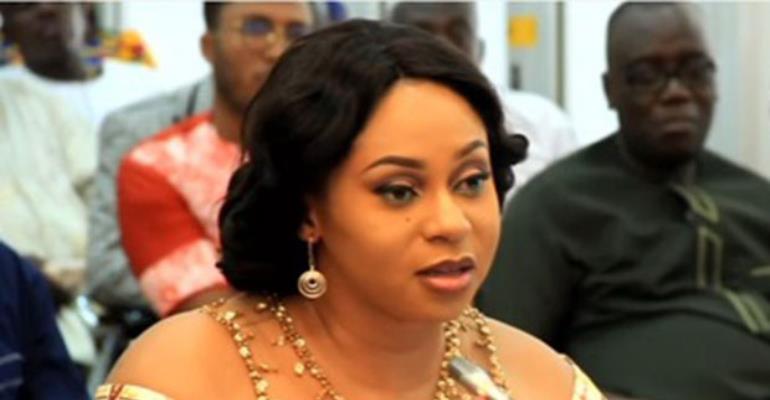 The Deputy National Organizer of the Opposition National Democratic Congress (NDC), Chief Hamilton Biney Nixon, has alleged stinking sole-sourced contract awarded to Freight Accord Limited by the Quality Control Company Limited, a subsidiary of COCOBOD for the supply of forty thousand (40,000) litres of Vegetable Oil at a whopping cost of Two Million, Two Hundred and Twenty Thousand Ghana Cedis (GHC2, 220, 000).

He stated that the records from the Public Procurement Authority reveals that Quality Control Company Limited sole-sourced the contract to Freight Accord Limited on 4th January 2018.

He further bemoaned and questioned why 40,000 litres of vegetable oil could cost the taxpayer over 2.2 million cedis while records from various markets across the country indicate that 1 Litre of Vegetable oil is sold at a maximum of Ten Ghana Cedis (GH￠10.00) even at retail shops.

The Deputy National Organizer of the NDC concluded that he believes the RTI Bill would help ensure that more of such stinking deals are uncovered.

The RTI is a fundamental human right guaranteed by the country’s 1992 Constitution and recognized as a right under International Conventions on Human rights.

It was first drafted in 1999 under former President, Jerry John Rawlings.

The National Democratic Congress (NDC) in its 2008 and 2012 election manifestos promised to ensure the Bill was passed. In 2010, it was presented to Parliament for consideration.

Following the dissolution of the Sixth Parliament of the Fourth Republic and the swearing-in of new Parliament in January 2017, the Bill had to be re-laid by the new government.

That was done and the Bill has been receiving attention by the house but not without pressure from CSOs to expedite action on it.