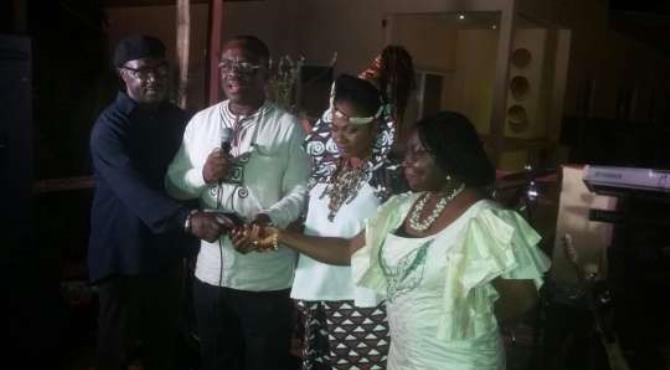 The hit single, done in collaboration with Freddie Meiway, the renowned Ivorian musician, was recorded in Accra, Abidjan and Paris.

The launch, which was held at Osu was graced by various dignitaries including Gyedu Blay Ambulley, Daddy Bosco and several prominent guests.

Mr Akunu Dake, the Board Chairman of the Ghana Tourism Authority, lauded the effort of Della Hayes saying ‘she is a great talent who works very hard.’

The song, produced by Bessa Simons, is an irresistible groove that enthralls a listener with a dancing mood as the two musicians (Meiway and Della) sing about love and good times.

‘I am not only a singer, but also a composer and writer, and I have decided to give this side of me a bit more push, so take this evening as the first day of my solo career,’ Della Hayes said.

She expressed appreciation to God Almighty for her gift of talent and also thanked Freddie Meiway, who was absent at the event.

Della Hayes assured fans of more great music saying they should expect the release of her second album early next year.

Della Hayes, who is one of the very few women in the country who have established an all-women’s band, said ‘I am proud that today, the country has two successful all-women full instruments bands.’

With Della Hayes leading her band, the event was climaxed by the beautiful rendition of some popular tunes. GNA