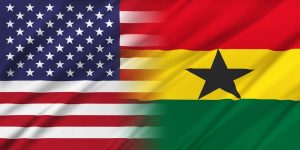 Ghanaians, like many other immigrants in the United States of America (USA), especially those who have overstayed their visa as well as those with partial documents, are apprehensive of deportation.

Some Ghanaians with partial documents and those who have overstayed their visas, who spoke to The Finder on condition of anonymity, say they are unsure of their fate under President Trump.

3 million to be deported – Trump

Their fear was justified by President-elect, Donald Trump, when he declared yesterday that he will deport two to three million undocumented immigrants “immediately” upon taking office.

In his first television interview since winning the presidential election, Mr Trump insisted that he is going to carry out his hard line immigration policy proposals, while maintaining that he would build a wall between the US and Mexico.

“What we are going to do is get the people that are criminals and have criminal records, gang members, drug dealers, where a lot of these people, probably two million – it could be even three million – we are getting them out of the country or we are going to incarcerate,” Mr Trump told 60 Minutes.

“Be we’re getting them out of the country, they’re here illegally.”

He explained that once the border is “secure”, then the Bureau of Immigration and Customs Enforcement will assess the status of the remaining undocumented immigrants in the country.

When asked if he actually intends to build the wall along the southern border, Mr Trump simply replied, “Yes.”

However, Mr Trump explained that the wall along the 1,900 mile border would probably not be as grandiose as he promised – describing an iteration of the boundary between the two countries that essentially already exists.

“There could be some fencing,” he said. “For certain areas, I would [accept a fence], but certain areas, a wall is more appropriate. I’m very good at this, it’s called construction.”

The President-elect’s comments about mass deportations stand at odds with a statement made by Paul Ryan, the highest ranking Republican, yesterday morning.

A report published in May 2015 by Migration Policy Institute (MPI) of the USA said there are about 235,000 Ghanaians currently living in the USA.

The report was prepared for the Rockefeller Foundation-Aspen Institute Diaspora Programme (RAD).

Even though the report did not indicate whether the number comprises those who have overstayed their visas, analysts believe Ghanaians living in the USA could exceed one million.

If previous comments are any indication, President Trump said he plans to focus on deporting criminals, similar to the current strategy of the outgoing Barack Obama administration.

“On Day One, I am going to begin swiftly removing criminal illegal immigrants from this country,” he said at Iowa Sen. Joni Ernst’s Roast and Ride event in Des Moines, saying he would not focus on the 11 million undocumented residents who have lived in the U.S. for a long time without any incident.

Based on statements so far, President Trump’s plan to remove the undocumented immigrants, who have committed crimes, is similar to what President Obama declared in 2014.

President Obama has often been referred to by immigration groups as the ‘Deporter in Chief’.

Between 2009 and 2015, the Obama administration removed more than 2.5 million people through immigration orders, which doesn’t include the number of people who “self-deported” or were turned away and/or returned to their home country at the border by U.S. Customs and Border Protection (CBP).

Obama tops deportation among all US presidents

In fact, they have deported more than the sum of all the presidents of the 20th century.

President George W. Bush’s administration deported just over two million during his time in office; and Obama’s numbers don’t reflect his last year in office, for which data is not yet available.

The Migration Policy Institute report found that Ghanaians live all across the USA but are heavily concentrated in New York, Virginia, New Jersey, and Maryland.

12% of Ghanaians in the USA hold a Master’s degree, PhD

It revealed that about 12% of Ghanaians in the USA hold a Master’s degree, PhD, or an advanced professional degree.

This is slightly higher compared to 11% for the general U.S. population. Ghanaians are well represented in top universities across the USA, it added.

According to the report, schools such as Cornell, the University of Pennsylvania, and Stanford University have groups specifically devoted to Ghanaian students besides the more general African and Caribbean student organisations you will find at nearly every university.

The Migration Policy Institute report noted that 18% of the Ghanaians in the USA hold a bachelor’s degree as their highest credential.

It revealed that Ghanaian born individuals account for a small fraction of 0.3% of the US foreign-born population.

It said majority of Ghanaian immigrants, constituting 56%, arrived in the USA during or after the year 2,000.

According to the report, Ghanaian immigrants in the USA are nearly all working age people between 18 and 64 years and have a median age of 40.

It stated that 83% of the population is below 18 years.

According to the report, 40% of Ghanaian immigrants are USA citizens. Worcester, Massachusetts has the highest concentration of Ghanaians in the USA, the report added.

“In Worcester, you can find several Ghanaian churches, including the New England Ghanaian SDA Church, the Presbyterian Church of Ghana and the Good Shepherd Ghana Methodist Church.

“The Ghanaian community in Worcester regularly organises social events like concerts, soccer matches (e.g. against Togo and Zambia) and the Annual African Festival and Picnic.

“Other states, with large numbers of Ghanaians, include: New York, Virginia, New Jersey, and Maryland,” it said.

Who is being deported?

President Obama directed U.S. Immigration and Customs Enforcement (ICE) to focus on criminals, not families, during his November 2014 executive action on immigration.

According to their website, “ICE has continued to increase its focus on identifying, arresting, and removing convicted criminals in prisons and jails, and also at large arrests in the interior.”

In fiscal year 2015, 91 percent of people removed from inside the U.S. were previously convicted of a crime.

The administration made the first priority “threats to national security, border security, and public safety”. That includes gang members, convicted felons or charged with “aggravated felony” and anyone apprehended at the border trying to enter the country illegally.

That includes “aliens convicted of three or more misdemeanor offenses, other than minor traffic” violations, as well as those convicted of domestic violence, sexual abuse, burglary, DUIs or drug trafficking.

Who is not being deported?

With the focus on criminals and not families, the administration has moved away from those living and working in the U.S. without a criminal history.

“Felons, not families. Criminals, not children. Gang members, not a mum who’s working hard to provide for her kids. We’ll prioritise, just like law enforcement does every day,” Obama said in November 2014 when announcing his executive action on immigration.

And while he tried to provide relief and a way “out of the shadows” for those without criminal histories with his immigration action, that was eventually stricken down by the Supreme Court not issuing a decision on the case, thereby upholding the lower courts action.

But by refocusing on criminals most families who are living and following the law are not targets for deportations.

What about raids against mothers and children?

Priority three for the administration is focused on those who have arrived after January 1, 2014.

The administration has focused on preventing families from sending their children unaccompanied on a dangerous trek by emphasizing they will be returned.

Many of these unaccompanied children and mothers with children are fleeing violence in Central America—coming from the northern triangle of Guatemala, El Salvador and Honduras, some of the most dangerous countries in the world.

Many of the people migrating from that area to the U.S. claim refugee status and, if they can prove real harm will result in their being returned, they are allowed to remain until their case is heard.

There are critics, however, who state that many are not getting a fair shot at claiming refugee status and are being returned too hastily.