BREAKING NEWS
GMT+2 08:06
Home General News Do not get in the way of the law – Judge to chiefs 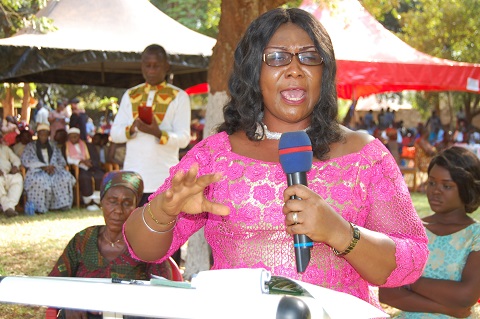 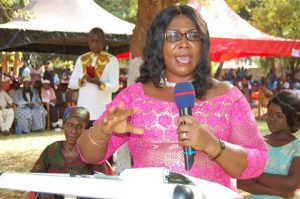 She offered these words of caution when she addressed the chiefs and people of the Drobo Traditional area in the Brong Ahafo region during their Munufie Kese festival, which took place a week ago.

Mrs Osei Sarfo used the occasion to advise traditional authorities to refer such cases to the law courts for appropriate adjudication, as trying to settle them at home contravenes the law and deprives victims of their rights.

“For Defilement cases ‘out of court’ settlement is steely disallowed; therefore do not try to adjudicate on such cases or try to protect offenders based on family ties and so on”, she charged.

She also advised parents and guardians, to promptly report defilement or rape cases to the police and ensure the arrest of offenders.

Mrs Osei Sarfo further advised parents to seek medical assistance for their children forthwith upon finding out they have been sexually abused.

“The first thing to do upon realizing your child has been sexually abused, is to immediately take them to a health facility for medical attention. Do not try ministering to them at home”, she counselled.

“Please send them to the hospital just as you find them”, she urged, explaining that timely medical check on sexually abused victims could essentially help to fetch sufficient evidence for prosecution.

Meanwhile, Mrs Osei Sarfo has advised parents to take good care of their children to keep them away from falling into the hands of evil-minded persons.

The court Judge also challenged parents to endeavour to educate their daughters to help provide them with equal opportunities as their male counterparts.

According to her, education would help them to effectively play their role as women wherever they find themselves in the future, even if they decide not to pursue professional careers with it.

“Education has become an essential part of our lives. Educate your daughters to enable them effectively play their role in society, even if they end up as housewives”, she asserted.

She appealed to parents to make the education of their children, especially the females, a priority.